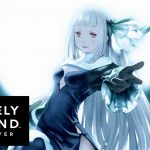 You really can’t go wrong with a portable and meaty game at your beck-and-call on Nintendo’s 3DS handheld. Bravely Default is one of those games and continues to be a standout favorite of mine in the past decade. Naturally, its direct sequel, Bravely Second: End Layer, had something to live up to. After sinking 60 playtime hours, I came away from Bravely Second satisfied. Its decent story, fun characters and fantastic gameplay improvements are welcome additions to the classic genre.

A Pope and the Three Cavaliers 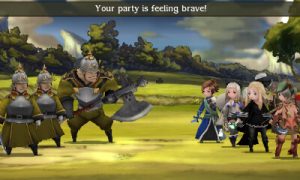 In Bravely Second, the quiet world of Luxendarc is enjoying peace gifted by the four heroes from Bravely Default. One of these heroes, Agnes Oblige, has become Pope and hopes to continue this peace into a bright future. However, all goes awry when Pope Agnes gets kidnapped. The task falls on Yew, leader of the Three Cavaliers, to save Agnes. Yew is soon joined by the game’s second new protagonist Magnolia, a mysterious and elegant warrior from the moon.

Bravely Second story’s best ingredient is its characters. While Yew’s naive knowledge of the world through books is endearing, it’s his newfound courage and curiosity that shines. The same can almost be said for Magnolia, who has the same naivety of the world more from the fact she’s from the moon. The duo are hilarious to watch in cutscenes as they learn from one another. The party eventually reaches its party limit of four characters, but it’s worth seeing for yourself who ends up joining.

Nintendo’s Hope and the Baby Bird 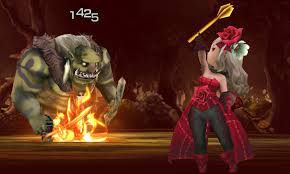 The range of entertaining conversations between the four party members are so distinct and written so well. Similar to the Tales of series, the characters will have optional dialogues adding depth to each of their personalities. One thing you’ll take away from the group is their passionate and hilarious enamor for food. I particularly love the game’s bestiary log because each character writes a knowledgeable or comical comment to go with a creature’s description. This nuance not only provides more information but also brilliantly gives more personality to a character.

After a certain point in the campaign however, the events start to become predictable. The story definitely has a few tricks up its sleeve, but nothing as grand as Bravely Default. It also doesn’t help that the antagonists are quite boring. Their growth as villains plateaus upon introduction, which is disappointing considering how memorable Bravely Default‘s villains are. With that said, I did enjoy my time seeing the story to its end even if story beats fell flat.

Bravely Second revels in the characteristics of JRPGs – a turn-based battle system, magic, job classes with unique traits and skills, grinding levels. However, what makes the Bravely series so unique is its evolution on the turn-based battle system. In battle, a player can choose to Brave, Default, or taking the turn to use an item or special ability.

Defaulting lets your character take a guarding stance and adds one point to their Brave Point pool (up to a total sum of three). Choosing to Brave allows one character to take multiple consecutive turns (up to four), but it can also leave them in the negative in their sum of turns. The Brave-Default gameplay is a layered mechanic of risk versus reward. Brave too much and your party is left open to attacks. Default too often and battles can go on longer than they should. Enemies can use this mechanic as well, so careful planning is essential to victory. 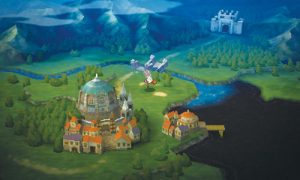 Special moves are unlocked by meeting criteria (such as Brave 10 times, Heal 5 times, etc), and can really turn the tide in battles. On top of dealing with high damage, they come with a range of party buffs, such as an increase in physical damage or healing potency. Lastly, there’s an overpowered mechanic to battles called Bravely Second. This feature allows a character to stop time and take up to four consecutive turns before anyone else, even during an enemy’s turn. Thankfully, it’s a limited ability that can only be regenerated in real-world time.

Additionally, there are 25+ jobs/classes to choose from in Bravely Second ranging from mage-types to a variety of physical fighters. Each is tailored around special abilities, spells, and attacks that lend to countless team synergies. For my playthrough, I stuck mostly with Black Mage, Summoner, Thief, and determined the fourth character’s job depending on what was needed. This strategy provided a nice balance throughout the game since a lot of enemies in Bravely Second vary between having physical or magical weaknesses. Progressing in the story will you earn you more jobs to play around with, but it’s the side quests that hold the majority of the jobs available.

Bravely Second has well-written sub-scenarios centered on the world’s public issues, moral conundrums, or plain silliness. One side quest includes solving a murder mystery with help from a character named Sholmes (a nice reference to London’s fictional private detective Sherlock Holmes).  Others will force you to choose between conflicting ideologies. 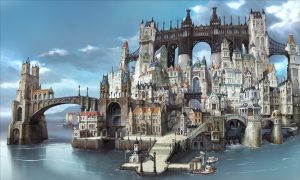 As an example of these moral dilemmas, is cutting the social welfare of a town worth a lower tax rate? In this situation, the money from high-rated taxes goes to support the poor and those who lost everything due to external conflicts. One person would rather have the money directed to city-building and economic sustainability through exporting, ultimately lowering tax rates. It’s up to the player to decide what the town should do.

While each situation was a fun brain teaser and engaging, the rhythm was too constant. Its order of operations included activating the side quest, cutscene, decide what to do, fight the boss that opposed your choice, repeat. The sub-scenarios never really move past that formula, making them a bit tiresome after some time.

Bravely Second: End Layer adopts its predecessor’s convenient and evolutionary gameplay mechanics that respect the player’s time. To mitigate level grinding, continuously wiping enemies in one turn will increase the average amount of experience and job points given. Additionally, players can literally speed up battles with a fast-forward feature, adjust enemy encounter rates, and trigger auto-battle. These gameplay mechanics make playing a JRPG more accessible to the eagerness to see more of the story or grind out some levels, and I love it. 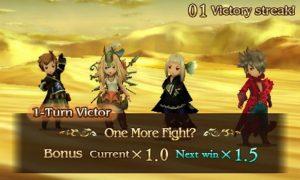 Bravely Second features a base-building mini-game similar to Bravely Default‘s. In this mini-game, you assign a certain number of random individuals to rebuild a shop or base. When completed, the predetermined rewards grant special moves, rare items, and more. Renovating these bases require real-world time. However, more people you assign to one project, the less time it will take to finish.

Bravely Second: End Layer brings back the gorgeous 2D art backgrounds and cute 3D chibi-like character designs from the first game. Essentially, the developers used an art style that will great no matter what year it is. From time to time, I found myself even using the 3D feature since it made the 2D backgrounds more immersive. It’s one of the better-looking games on the 3DS with an art style so distinguishable and pretty.

Sadly, the music in Bravely Second is such a step down from Bravely Default, mostly because so many tracks were reused. While reusing tracks isn’t all bad, there could have been some rearrangements to make returning locations feel fresh. As a reference, the Besaid Island theme song in Final Fantasy X got a great rearranged track for its sequel, Final Fantasy X-2, so why couldn’t Bravely Second do the same? 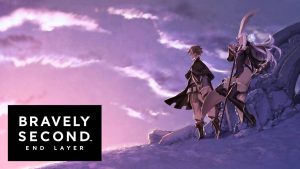 I loved playing Bravely Second: End Layer. Its focus on gameplay improvements and character-driven stories will keep you engaged until the credits roll. The lack of diverse music and sub-scenario structure don’t dampen the pure enjoyment of seeing familiar faces interact with a new cast. Bravely Second: End Layer feels more like an extra end-chapter to Bravely Default than a true sequel, but it’s one worth playing.