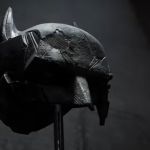 Gamescom 2022 opening night live is an event packed with new trailers, information, and release dates from the biggest upcoming games. From big AAAs to impressive Indie titles, there is almost something for everyone at Gamescom 2022. If you were a fan of the Arkham games it is likely that Gotham Knights has been on your radar for the past year. Set in a world where Batman is believed to be dead. You get to leap into a co-op adventure with friends playing as Red Hood, Robin, Batgirl, or Nightwing. With a wealth of villains to fight Gotham Knights might just be the new action game, we needed this holiday.

Here is a brief synopsis of the story of Gotham Knights from its Steam store page.

“Batman is dead. A new expansive, criminal underworld has swept the streets of Gotham City. It is now up to the Batman Family – Batgirl, Nightwing, Red Hood, and Robin – to protect Gotham, bring hope to its citizens, discipline its cops, and fear its criminals. From solving mysteries that connect the darkest chapters in the city’s history to defeating notorious villains in epic confrontations.

Gotham Knights is an open-world, action RPG set in the most dynamic and interactive Gotham City yet. Patrol Gotham’s five distinct boroughs in solo or in co-op and drop in on criminal activity wherever you find it.”

Gotham Knights is coming to PlayStation 5, Xbox Series consoles, and PC on October 21st, 2022. Will you be diving into the dark streets of Gotham? Let us know in the comments and don’t forget to check back for the latest gaming news and information.