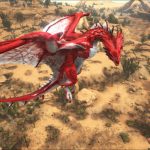 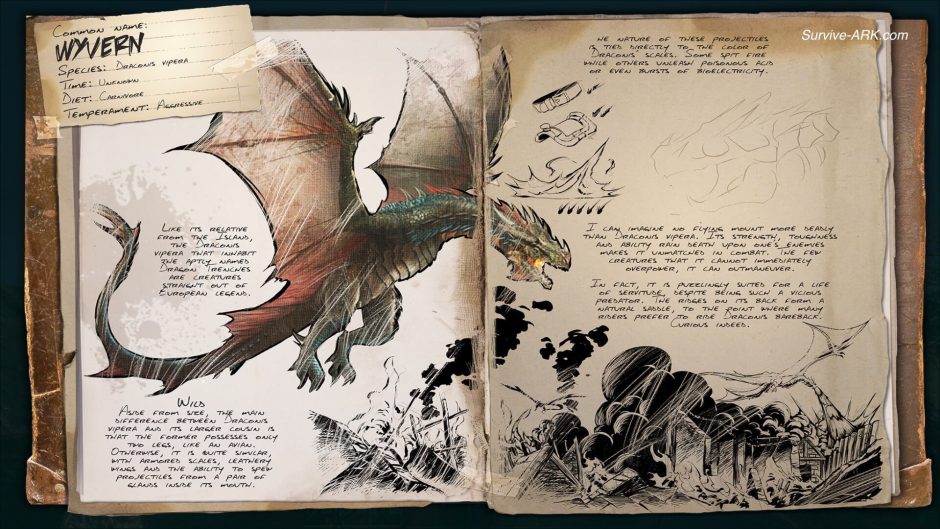 Recently, Studio Wildcard released Scorched Earth, an expansion for Ark: Survival Evolved. With this expansion came the introduction of wyverns, tamable dragons with elemental powers. Since their release Wyverns have been a highly sought after tame but, you can’t tame them in the normal manner. To elaborate, you cannot simply knock out a wyvern with narcotics and feed it anything to tame it. Instead, you have to find and grab a wyvern egg then raise the hatchling to a full-grown adult to have your tame. So we would like to share with you some tips on how to snatch and hatch your first wyvern egg. 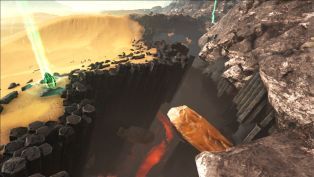 The trench runs up the left side of the map.

First, you need to get an egg which sounds easy, which is far from the truth. There’s a trench full of lava that runs up the west side of the scorched earth map; in this trench are Wyverns guarding their nests and the nests are what you’re going to be hunting for. A nest will only be present if there is an egg so if you look along the trench and you don’t see a nest then there isn’t an egg there. 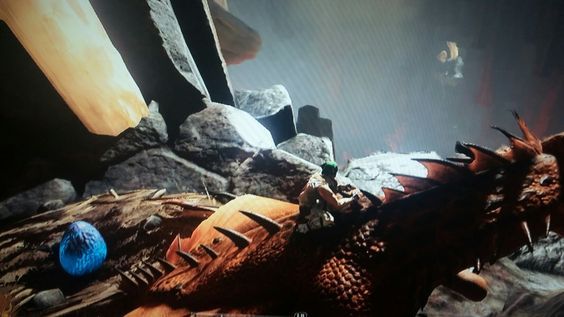 Here’s an example of a nest with the egg present.

The best method I have seen for getting an egg is to tame an argentavis that you’re ok with losing because the whole point will be to level nothing but movement speed. Afterward you take the argentavis to the Wyvern trench and use a spyglass while hovering in the air to spot a nest. Once you do the best thing to do is swoop down, land, grab the egg then get back on your bird and run like hell until the aggro of the wyverns wears off. If successful and you’ve retrieved your egg then congrats!

In order to incubate your Wyvern egg, you’re going to need extreme heat which again sounds easy since you’re in a desert but it isn’t that simple. An easy method for incubation is a room of air conditioners or standing torches stood in a circle where the egg goes in the middle. 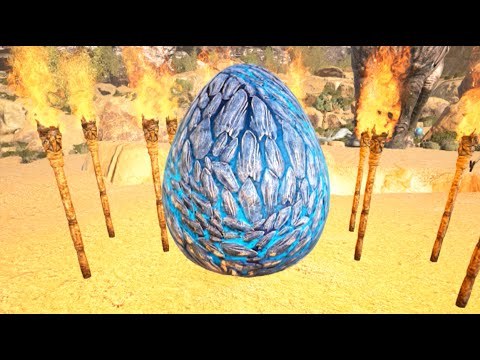 Incubation on wyvern eggs can take a while as they are endgame tames, so it’s highly advised whichever method you decide to do, do it inside of a building. After the egg hatches and the baby wyvern is free to make sure to claim it and get ready for the last and probably hardest part of raising a wyvern.

Unlike most carnivore tames baby wyverns don’t eat meat instead you must get wyvern milk. There are two ways of getting milk, one is from luring a female wyvern from the trench then knocking it out with narcos and taking the milk directly from its inventory which will net you roughly five wyvern milk. The second way is by killing an Alpha wyvern which is no easy task but will reward you with fifty Wyvern milk. 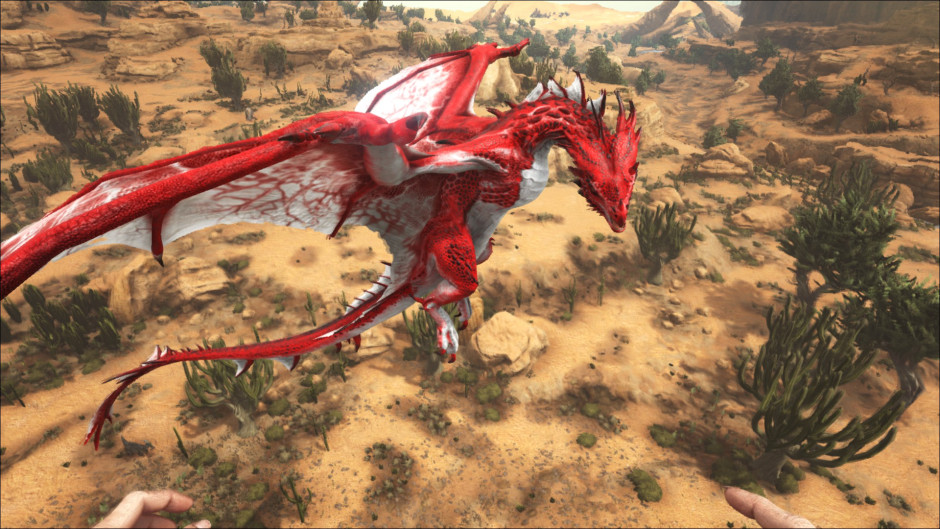 An example of an Alpha Wyvern.

It is important to note that milk spoils rather quickly and cannot be stored in a refrigerator so it is advised to have preserving salts in your inventory, the baby wyverns inventory and inside of a preserving bin. The preserving bin is to store any extra milk you have as you don’t want to keep all of it on the baby wyvern also make sure to remember that instead of kibble the baby wyvern will ask to be hand fed milk when it wants care.

The easiest Wyvern to go after for milk is a female poison wyvern. Their aim is not the best so it is relatively safe and easy to avoid it. The best method is again to have an argy with a person in its clutches tranqing the Wyvern as the flyer keeps it at bay. Remember do NOT try this method with a lightning wyvern as it will almost always end with the tranquers death in a matter of seconds.

Once you’ve captured, hatched, and raised baby wyvern until it is fully grown, you’re done! The best part is you don’t even need a saddle of any kind to ride it either just hop on and have a blast.

We here at The Lords Gaming Network hope this was helpful to all you survivors out there. Have any tips you would like to share? Tell us in the comments below, as always you don’t even need to sign up to comment! Once again fellow survivors thank you for reading. Keep it tuned to lordsofgaming.net for all your gaming news and have a fantastic day.

How To Be A Better Objective Player In Modern Warfare 2