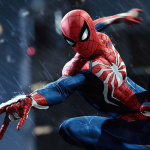 You are reading
Opinion: Sony Does Not Need E3 2019

Let’s just say it how it is: Fans will miss Sony at E3 2019, but Sony will not miss by skipping E3 2019. E3 is one of the most well profound conventions in the gaming industry and a tent-pole for fan excitement Each year it literally becomes a gamer’s first Christmas of where they can find out about new things coming from their favorite developers. With Sony missing from the fold, how excited can gamers really be, no matter which platform you choose to play on?

For starters, we do need to clear the first thing up. E3 was never intended to be a fanfare event. E3 started and has predominantly been meant for investors and data collecting for the number crunchers at the publishers. Despite how the fans may feel, it wasn’t made for us, directly. That feeling may have changed in recent years as the convention has changed their policy of media and invited only to allow the public to access the exclusive event. Regardless of how gamers feel about Sony skipping next years event, there is a business decision that was made that makes sense for them internally. This may seem silly from the outside, but it could potentially provide for an extremely exciting E3 2020.

Sony already has the lead ultimate lead on the console sales competition. In nearly every facet, Sony outsells its competitors from hardware to software. This allows for Sony to have flexibility in catching their breath and preparing for the release of their next console. As the leader, they are calling their shots at this point that could be deemed as “ballsy” to some, however, I believe this to be a smart business move, despite not liking to be held back as a gamer from receiving the potentially exciting reveals of E3.

We already know the current landscape of what Sony is offering for its fans. Last E3, PlayStation’s upcoming lineup had been revealed showing what goodies were to come. The Last of Us 2, Ghosts of Toshima, Death Stranding and Nioh 2 have yet to be released, yet were revealed or showcased at the event. Spiderman was the other headliner of the show but did see it’s release in September of 2018. Days Gone is a game that was revealed years back but was a no-show during Sony’s presentation; this game will receive a release in early 2019.

Newer technology makes more sense and less expense. With easier means to deliver news to the masses, Sony may decide that skipping a more costly conference in favor of a pre-recorded video or stream could be nearly as beneficial. Not only does this potentially cut down the costs, but this could also help prevent misconstruing messages that could be impactful if done in error during a live presentation. Least we do not forget the infamous botched messaging from the Microsoft conference during 2013. Sony may be looking to ensure that any reveal and discussion of the next PlayStation console is delivered on their terms.

As a gamer, a fan of seeing new innovative products, Sony skipping E3 of 2019 is a bummer. Likely we will receive PlayStation news in the form of self-hosted events among other smaller venues. I also do not believe that this is a permanent move but rather a short-term to build anticipation for E3 2020. For now, we just have to wait and see what the outcome will be.