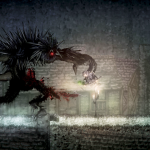 You are reading
Review: Salt and Sanctuary 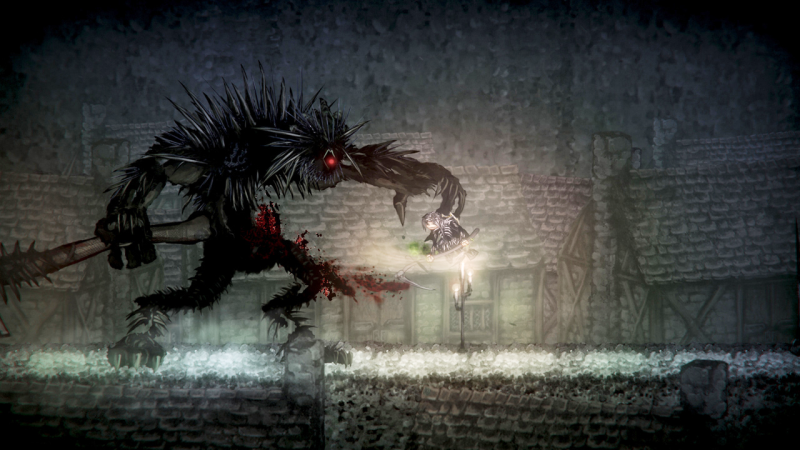 Darkness, despair, and punishment. A universe so gloomy that anything without some sort of grayish tint is out of place with a combat system designed to push the player to their limits. These are many of the first words that come to mind when one thinks of Ska Studios’ Salt and Sanctuary.

Not Dark Souls, but don’t feel bad about getting confused.

Anyone who’s played even a modicum of Dark Souls and then Salt and Sanctuary would immediately see the extremely notable comparisons between the two. Salt and Sanctuary does use a lot of the latter, but it is very good at what it does. If all you want is a two-dimensional near exact copy of Dark Souls, then look no further than Salt & Sanctuary. Everything this game does works, and aside from an occasional technical annoyance, it’s worth playing through. This review was done on the Xbox version of the game, but as of August 2nd, 2018, Salt and Sanctuary is available on the Nintendo Switch. 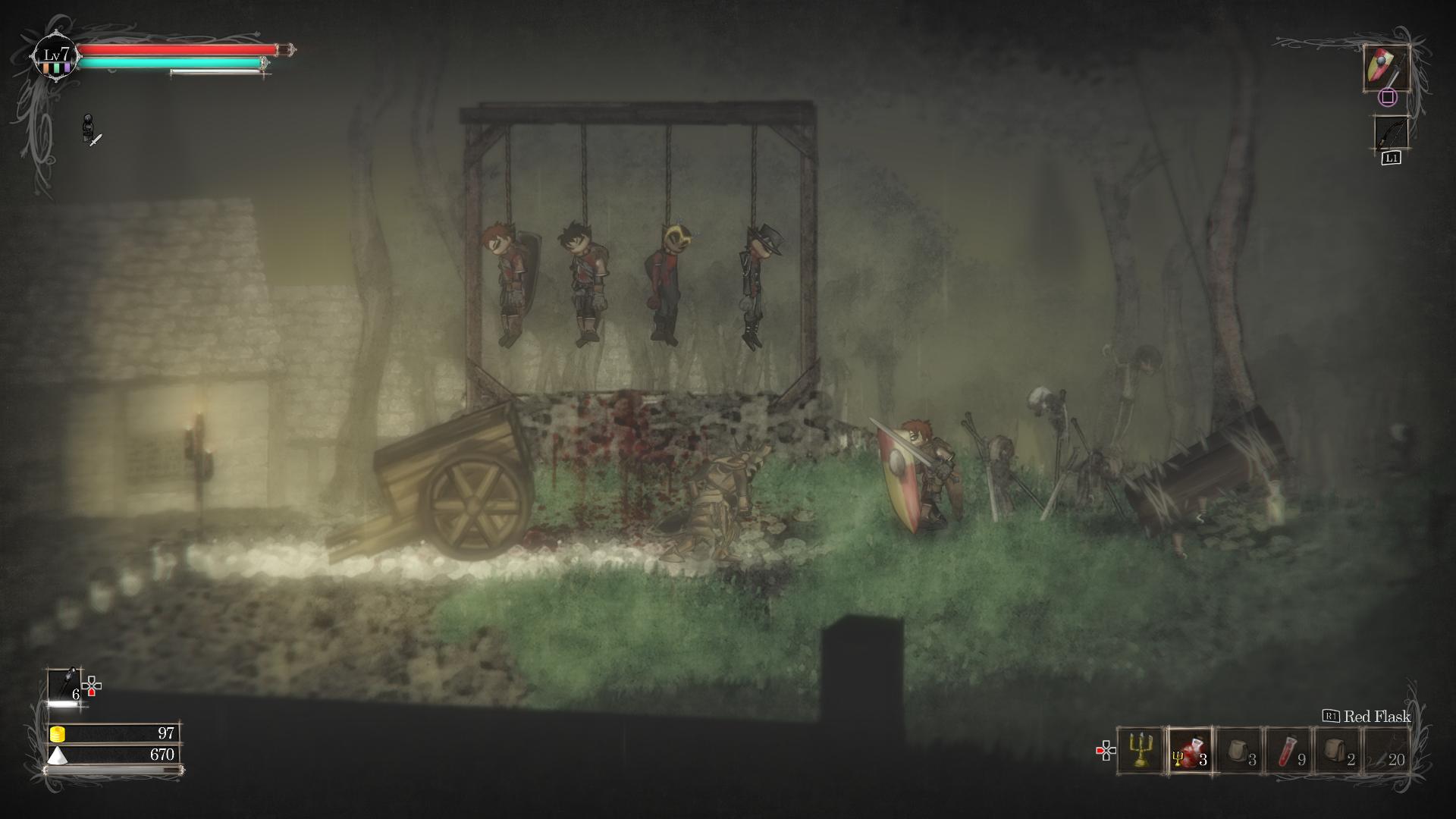 Salt and Sanctuary has a very barebones plot, which begins with the player’s customized character, the “Saltborn” helping escort a princess to a neighboring kingdom for a wedding to ensure peace between the countries. In the middle of the night, the ship is attacked by dark creatures, leaving only the player character to survive, where an old man from the island directs him to an old sanctuary the Saltborn could re-sanctify. Once the sanctuary has been restored, the Saltborn fights through the island to rescue the princess, but the game gives very little information as to what is happening in the story or where to go. Instead of feeling like a story to keep the player engaged, the story takes such a backseat that it feels more like an excuse to have the Saltborn explore the island. After meeting the old man at the very beginning of the game, the only dialogue the player gets are directions from the very few, non-adversarial people in the game and the messages found in various bottles.

Two-dimensional Dark Souls. As much as I don’t want to invoke another game into a review, this is the most accurate way to describe Salt and Sanctuary’s gameplay. Playing as the Saltborn lets the player melee with swords and maces, shoot from afar with the bow and arrow, and throw various items like grenades or bottles of holy water to fight of the plethora of demonic creatures on the island (in a press release, Ska Studios boasted the game had over twenty various boss fights). Although Salt and Sanctuary does implement this combat system well, it is far too close to the aforementioned Dark Souls series to deserve any points for originality. That’s a problem because playing through the game doesn’t make the player think as much about Salt and Sanctuary as it does make them think of Dark Souls. There is a way to draw inspiration from a different game series without overdoing it, but Salt and Sanctuary blatantly overdoes it. 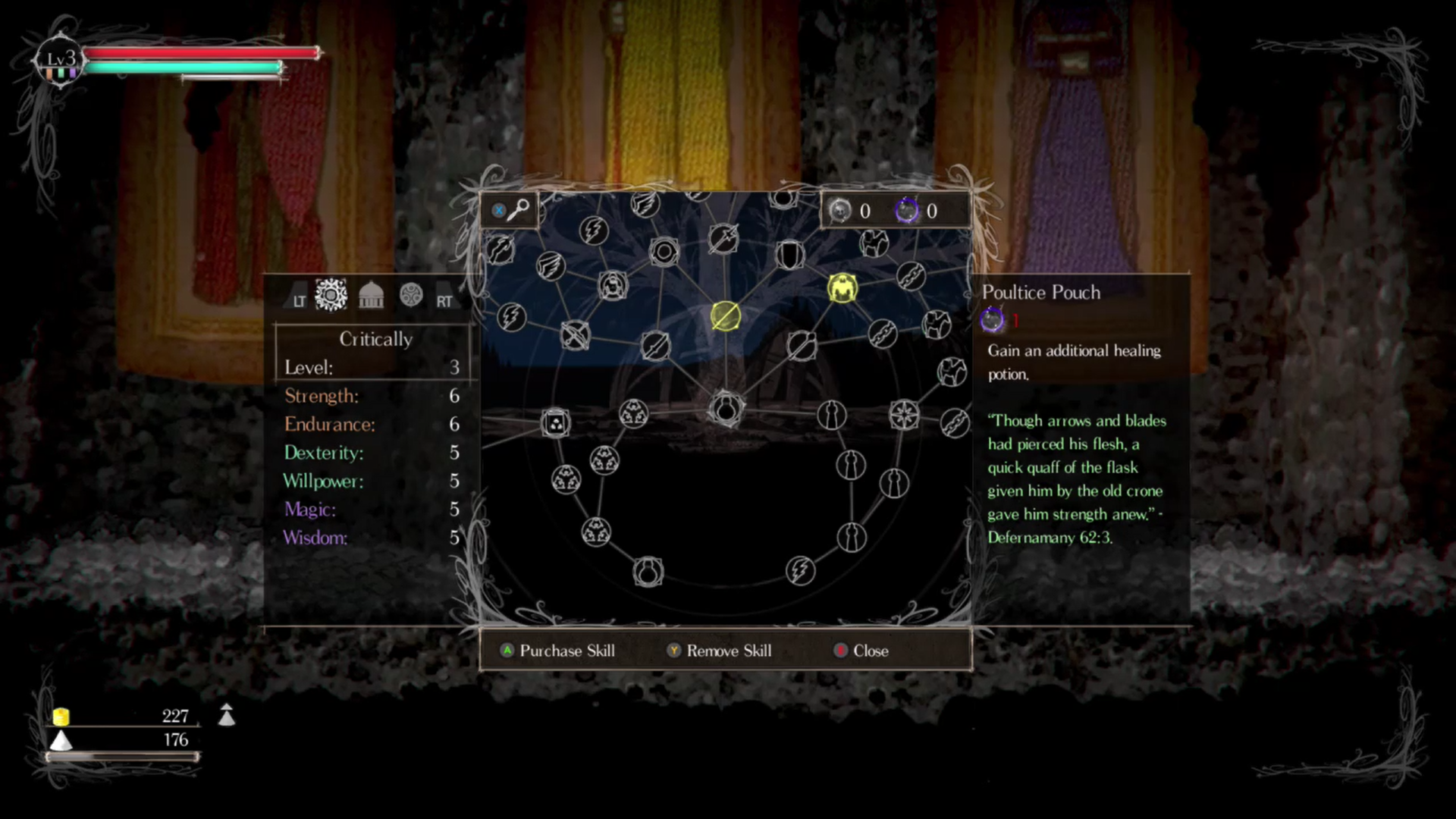 The skill tree builds out from the middle to focus on player stats, as well as armor and weapon types.Salt and Sanctuary does incorporate a skill tree the Saltborn can pick and choose from that breathes at least one facet of originality into it. Each skill the Saltborn chooses unlocks better and stronger bonuses, and the Saltborn’s starting position on the tree varies depending on their class. Most classes start with two, unlocked skill tiles, but the pauper and chef classes both start on one tile. These variations reinforce the importance of the different classes, a tad bit more difficulty in starting a new game, and a reason for players to come back to play the game to experience these playthroughs. Despite the skill tree’s bland leveling choices, there are so many possible skills and paths to choose from that the player can mix and match with. Finally, Salt and Sanctuary does give the Saltborn the opportunity to refund used skill points at the cost of one gray pearl (which can be found throughout the island) per skill point, allowing the player to have buyers remorse if need be. 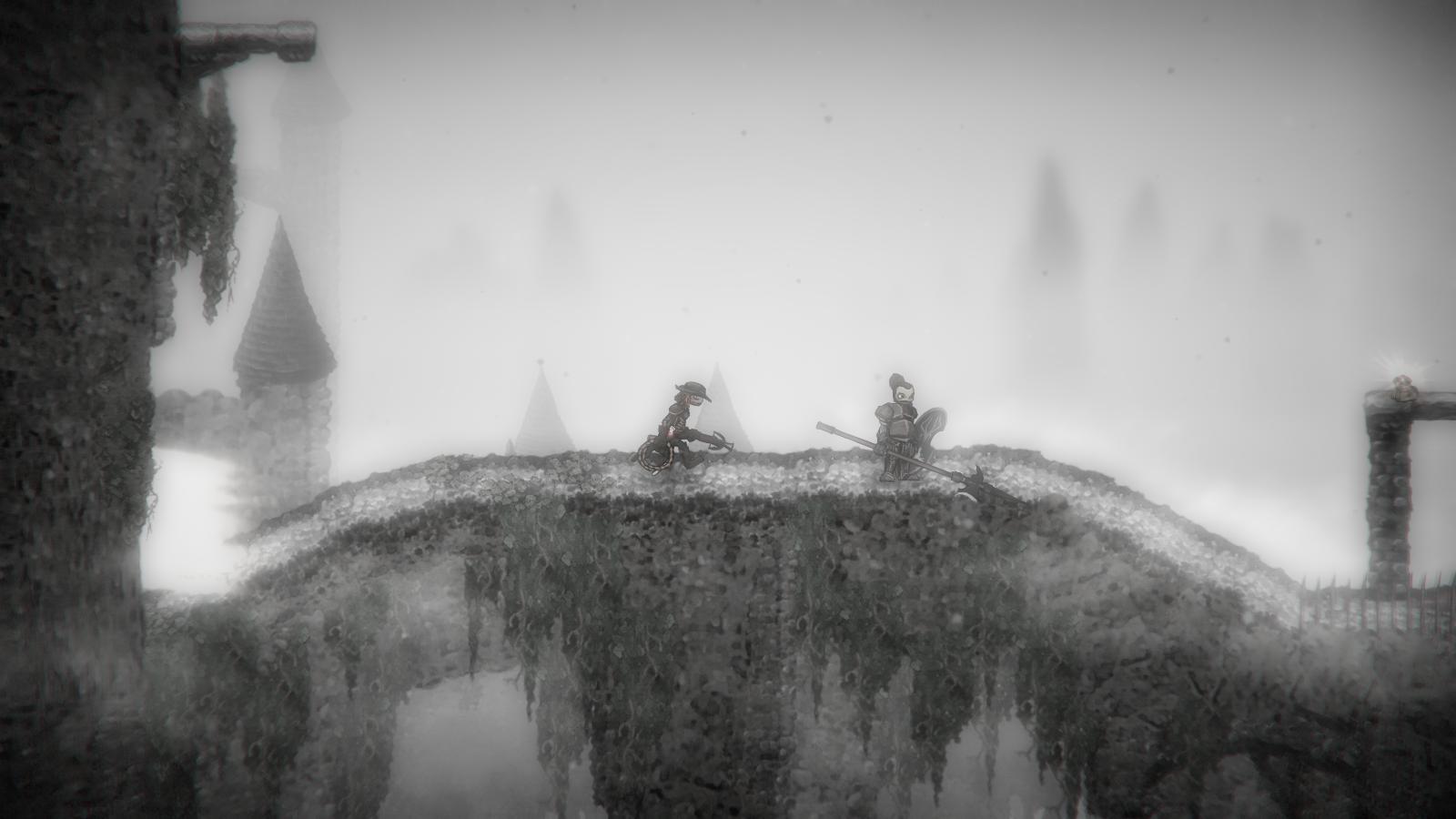 Artistic design is Salt and Sanctuary’s strongest point. All of the game was hand-drawn. Most of the world is tinted with a variant of gray or blood red. Grey for the outdoor areas and Sanctuaries, and blood red for many of the dungeons the player explores throughout the game. Likewise, most of the “eldritch horrors” (as Ska Studios’ press release for the Nintendo Switch version referred to them as) in the game follow similar color palettes. Given the target aesthetic for the game, the palette does not necessarily need to be varied so focusing on two main colors does play a big part in helping the game reach that aesthetic. Graphically, Salt and Sanctuary runs silky smooth on the Xbox One. Since starting the game, I have encountered no framerate drops whatsoever, ensuring that the only frustrations players will encounter are the monsters and bosses in the game.

Salt and Sanctuary’s soundtrack leaves much to be desired in songwriting variety. All songs can be found on Ska Studio’s Bandcamp page. Some later in the game show more diversity in songwriting, but so much of the music relies on using similar sounding electric guitar chords or choir-like sounds that get lost or tangled in memories to the point where they’re easily confused with other songs. None of this is to say that either instrument is inherently bad, this is to say that instead of the instruments blending together to create a beautiful melody, the songs blend together to make a forgettable soundtrack.

On the plus side of things, however, the sound effects are clean and beautiful. Hearing the clanking of armor and clashing of blades is flawless. Magic cracks like a whip, blood audibly spills from every slain monster, and the player can always tell exactly what beast is moving/arising.

Salt and Sanctuary can be best described as a well-executed, but a disturbingly identical clone of Dark Souls put into a side-scrolling format. Everything this game does is executed very well, but it derives so much from Dark Souls that there is little to no sense of originality. but that doesn’t mean this game isn’t worth playing. It is still a very enjoyable game because its execution is top tier.