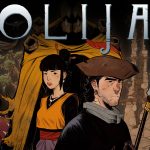 You are reading
Olija Review: A Shantyvania 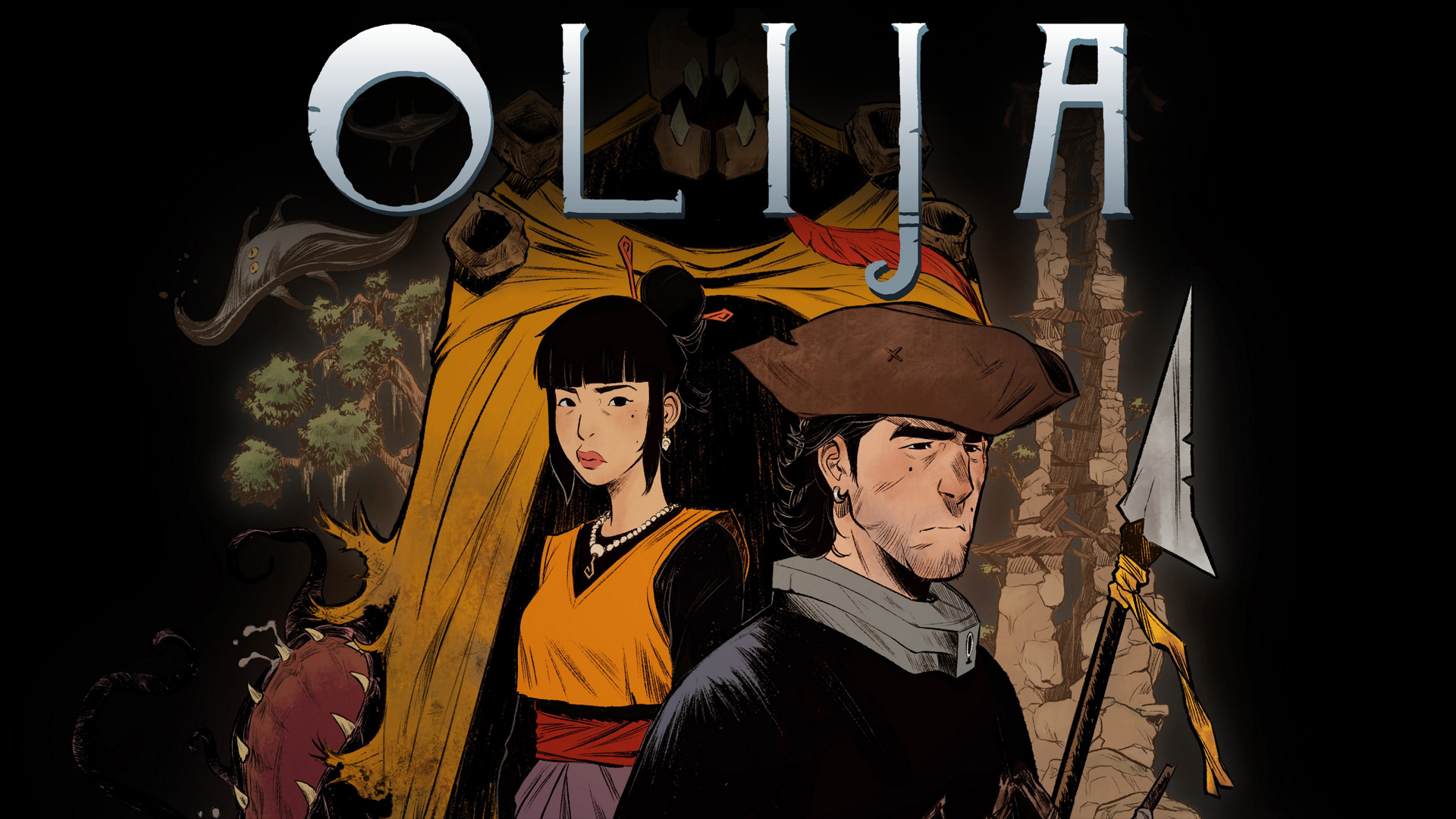 Olija (Oh-Lee-Ah) is the type of game I would have completely lost my mind for on the Sega Genesis. A pixelated adventure game with a dash of Metroidvania and base building supports a solid narrative. The game’s art style is not just a trendy look. This is a tried and true old school side-scrolling eight-hour adventure game encompassed in a modest 513 MB on the Switch.

In Olija, you play as Faraday, a captain on a quest to return home after his ship and crew become stranded. After the wreck, you awake in Oakville, a small village comprised of the wreckage and driftwood that a storm has sown together. As you discover your lost mates, one by one they return to Oakville, helping you rebuild a new way home. In addition to your lost team, you will also encounter weapons, keys, and crafting items to aid you in your quest. 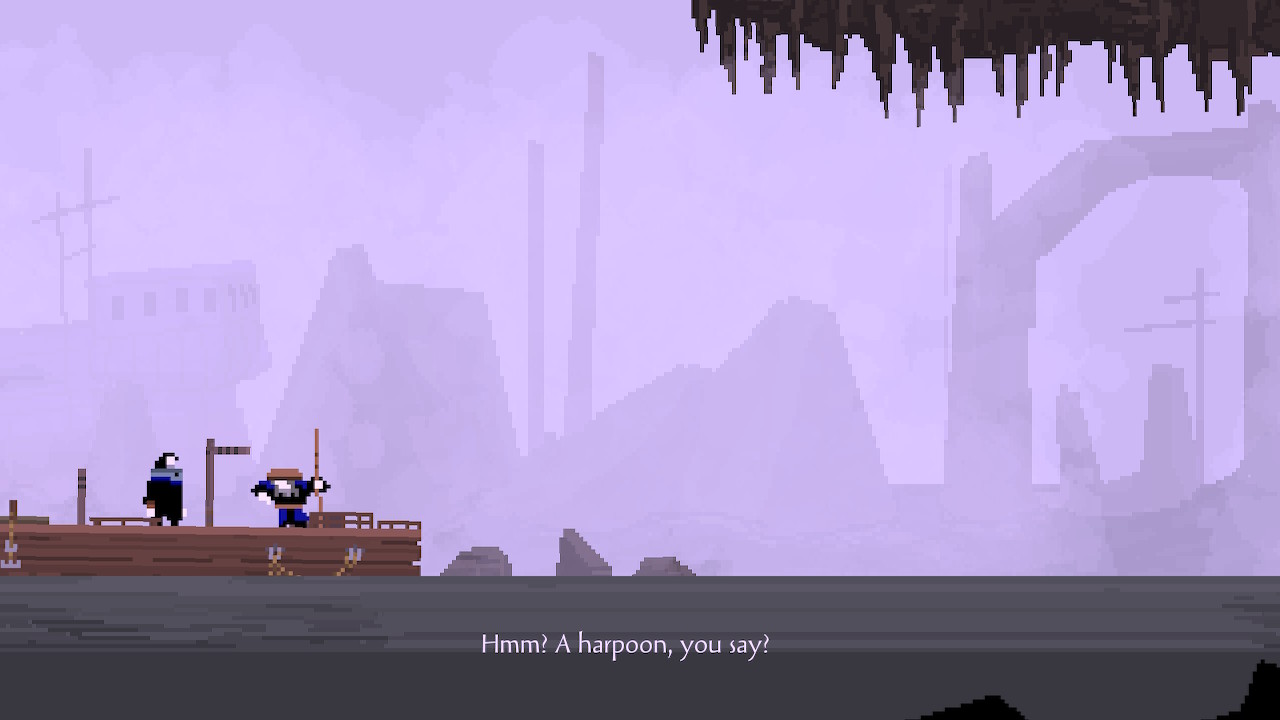 Your most notable weapon is your harpoon, though it is much more than just a weapon. Faraday can use the harpoon to propel himself across the screen by throwing it. The mechanic becomes a major traversal tool and expands on the gameplay. There are heavy platforming elements as you zip from ledge to ledge as well as shoot over holes and up to the next screen. If you get really good you can use it to quickly finish bosses as you flit around them faster than they can attack. I did find this to be clunky or inaccurate at times with both the Switch Pro controller and the Joy Cons. I often found myself walking as I was trying to point Faraday to where I need to go. This can cause some issues with the platforming that left me feeling frustrated.

The game has a small crafting system based on exchanging items back at the home base. In Olija, there are 12 crafting items you can trade-in for seven different hats.  The hats are not just for cosmetic effect but instead serve as the game’s perk system. Each one is unique in both looks and in function. It was easy to find favorites amongst the options. Specifically, there is a backward green baseball cap that steals vitality from enemies. As well as a beret with a large red feather that attacks enemies. In the case of the green hat, it is really just hilarious. With the beret, a handful of red feathers come out of your hat and attack nearby enemies. 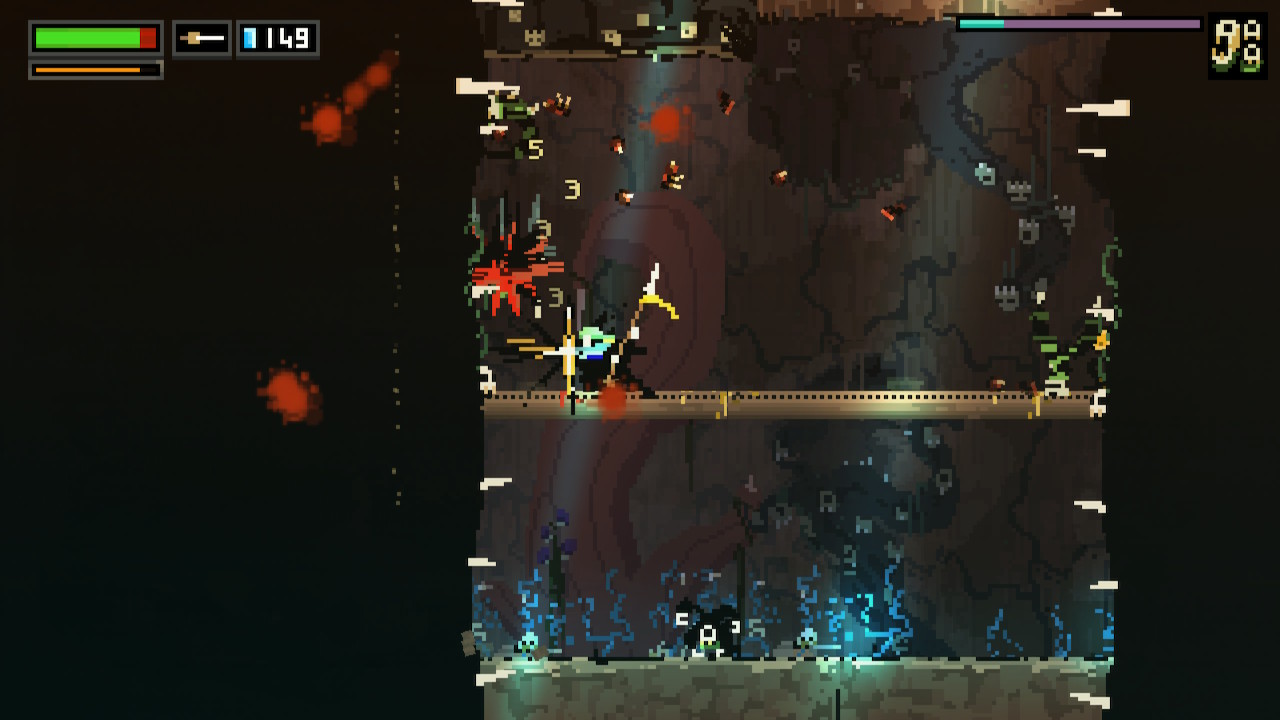 The hats combine with five unlockable weapons to provide a bevy of combat options.  Weapons are split into ranged, like a shotgun and bow, and two swords for close combat round out the set. The combat has a combo system that ramps up the violence and attack animations as your combo gets higher. It is most reminiscent of Devil May Cry or one of the Platinum Games action titles. There is a chance to create a small juggle combo. As well as the ability to expand the attack range as you take out a small cluster of enemies. Mastering the game through dipping, ducking, and diving with the harpoon plus mixing in some ranged combat feels rewarding.

As you gain the items you need and rescue the lost shipmates, you will have a smaller guide bring you from region to region within the overarching map. The different regions are about an hour each and culminate in some really fantastic boss fights. I did run into a problem where I was unable to back out of the world map after requesting to be picked up. If you accidentally lose track of where you were, you won’t be able to back out of the map and will have to reload that level. 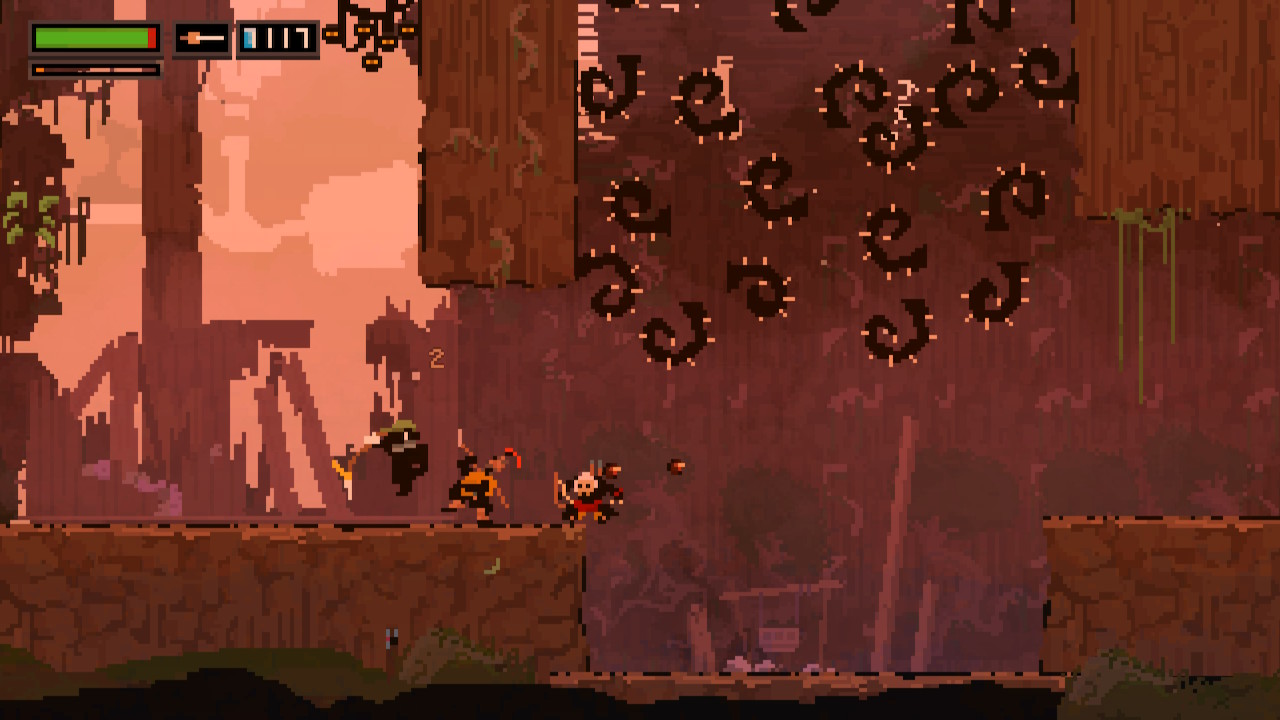 Visually Olija gets the job done. It does what it does, and your mind will be made up about it from the screenshots in this review. The pixelated art style will be a turnoff for most people. However, the developer Skeleton Crew Studio has done a fantastic job using a deep range of colors and animations to tell their story. If you are not immediately turned off by the game’s classic style, Olija is still able to immerse you into the game with a mix of its environment, combat, and sounds.

The Storm Gives Just As It Takes

Audibly, Olija does not have a retro-style soundtrack to match the visuals like Shovel Knight for instance. With that, the sounds in both action and score are more modern, subtle, and extremely soft. Minus the attack effects and a few jingles, Olija is a quiet game. Most of the game takes place in dark, damp caverns so this is totally fine. Although there is a lost opportunity to have some catchy tunes as the fighting picks up. In addition to the boss fights, which are a ton of fun.  It does help curate an atmosphere that fits the game. Along with that, the voice-over is very similar to a style used in Banjo Kazooie. There is a muffled humming tone to the rhythm of the subtitles in place of the spoken word. While you would rather have great voice acting, this does fit the game and it is not obnoxious like it has been in some retro style games. 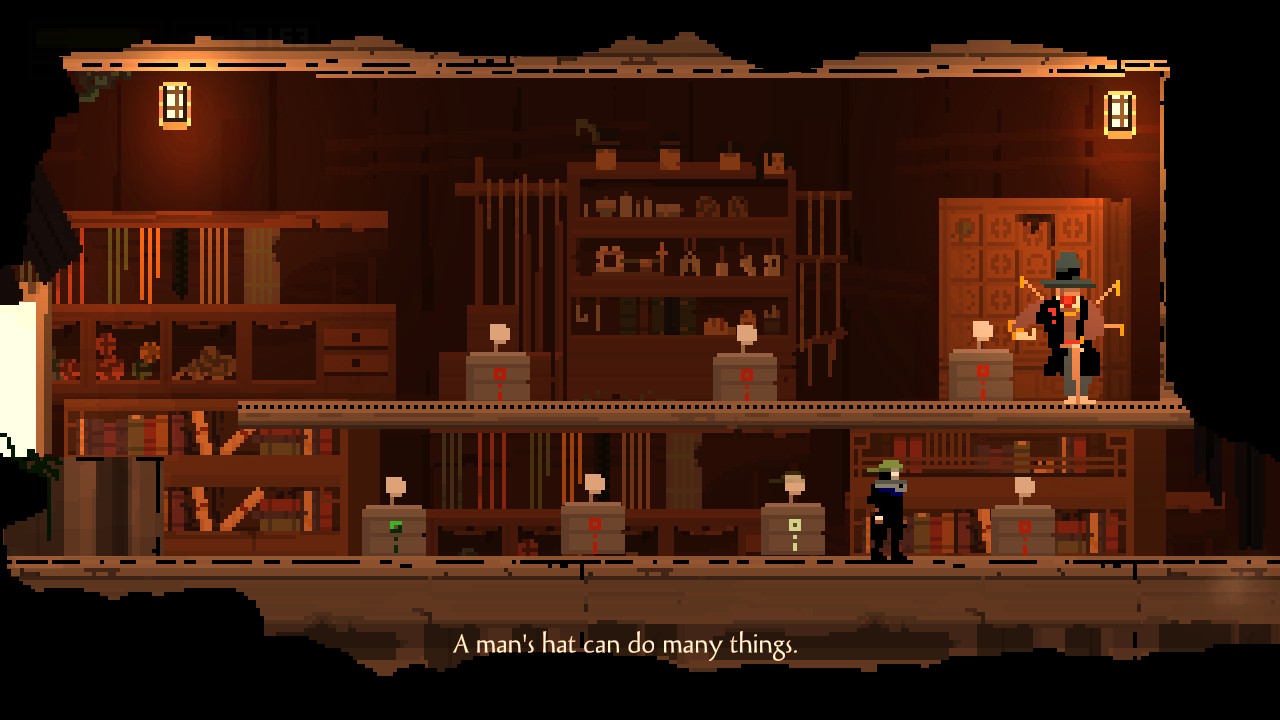 That kind of sentiment is about how I feel towards Olija as a whole. There is nothing terrible about the audio but, I am not going to run out and buy the vinyl. The combat is fun but both Switch controllers were problematic. The gameplay isn’t repetitive because there are multiple very small gameplay loops. Olija is infrequently challenging (if at all). Yet it is a nice game to play between major AAA releases or 100 hour RPG’s. Olija is a great game to take out of your pocket and play in small stretches if you are on the road. Especially at the $15 price point. Unfortunately, there is so much coming out and so many games in all of our backlogs that it keeps it from really standing out. Olija will release on January 28th on Switch, PS4, Xbox One, and PC.