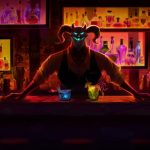 Today, Xbox released the first installment to the ID@Xbox Game Pass which was presented by Sarah Conde and Chris Charla of the ID@Xbox team. This showcase is intended to deliver exciting new indie games that will be coming to the Xbox as well as the Xbox Gamepass service. The first episode primarily highlighted two upcoming titles. First was Outer Worlds, developed by Mobius, which looks to be a space exploration game that seems to have random events going on at all times no matter where you are at. The developer went on to suggest that the player doesn’t have an effect on the universe but rather will have to deal with the effects of the universe. The second game that was showcased was Afterparty developed by Night School Studios. This game sported a very vibrant color pallet akin to those of neon-Cyberpunk settings. It features a set of friends who find themselves in hell, on a mission to escape it by out drinking Satan.

Aside from these two deep dives and minor clips of other indie titles, the ID@Xbox team took time to remind viewers that they will be at PAX East 2019.  At Pax, ID@Xbox plans to showcase other indie games while also handing out some pretty unique pins. PAX East is scheduled to start this week, March 28th through March 30th. Lords of Gaming will be covering E3 with the Iron Lords Podcast live from the show-floor.

It is a reassurance of Xbox’s commitment to indie developers and their support of delivering these titles to gamers. Without the support of companies like Microsoft, Nintendo, and Sony, some indie games potentially would not be able to receive the marketing needed to reach masses. So it is a nice thing to see the support when it’s delivered.