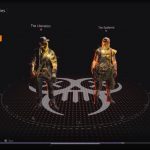 Lead Community Manager, Hamish Bode, and Live Content Manager, Yannick Banchereau, took the time on this week’s State of the Game to tell everyone that in the wake of launch, The Division 2 has reached a stable server state. However, there have been a lot of issues in the last week, but the best part is that the community is the one telling where the issues are. They are giving them better information to quicken the time frame of fixing these bugs. This way, programmers can look at a smaller area of problems and fix them.

Yannick stated that, as of right now, their vision is to fix most to all of the reported bugs that are occurring. The bugs are normally placed on the forums, Twitter, or other locations. The major fixed bugs include no audio when talking to people, the invasion mission exploiting a boss, a status effects issue that compiled on the server causing a crash, people stuck in world tiers due to level difference, a supply exploit causing people to get more loot out of the SHD Crates, a blueprint bug in vendors, and lastly the inability to get back weapon skins once sold. Just to name a few.

Despite these welcome changes, there is still a lot of ongoing work being done. Missions where people are required to speak to someone and that NPC will not speak, hence causing the mission to fail, a Clan XP fix where players are not giving XP to the clan, daily and weekly missions that are not resetting unless you are online, a scaling issue where players become squishy that is caused due to the NPC’s not scaling correctly and also occurs with armor, the strobe light causing people to DC, and lastly field of vision corrections so you can see more. In the future, they are looking to fix quality of life problems; for instance, changing the colors of clan members and NPC, and auto run on consoles.

Other issues that have cropped up are weapon skins that have been lost and people unable to get back their lost gear, characters changing looks when you login, but after logging out and back in they appear correct, and lastly improvements to weapon mods.

World Tier 5 has no date. They stated it is coming “soon”. Though whether that is this spring or into the summer is not yet known.

The Division 2 team wants to repair the issues they have prior to adding more content. This way the game flourishes how the developers intended, and people can get to whatever gear score they want prior to a new content drop without feeling rushed. With some luck, they will be able to repair these issues swiftly so that we can get the new content, and enjoy everything vastly more.

One last segment, the “Stats with Yannick” gave some fun, if slightly odd facts about what has been happening collectively:

Until next time, see you all in the Dark Zone.