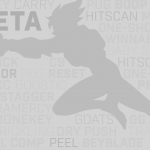 You are reading
The Overwatch League has found a way to include trash-talking.

Eight expansion teams are not the only thing Overwatch League, or OWL, began including this season. Especially last week, this season has seen a lot more trash-talking between teams. OWL commentator, MonteCristo, gave this brief summary:

Glad the players and coaches are loosening up and having fun with a little trash-talking this season.

Keep it up, everyone!

While not every trash-talking moment has been equal in quality, they have given an extra sense of competition this season. The moment that has arguably gotten the most attention so far is part of the second point on MonteCristo’s list.

During the Reign vs. Eternal match, Reign’s support flex, Dogman, pulled his mic away from his face and shouted “Kruise [Eternal’s support main] is a feeder!” to the crowd. The crowd went wild over that moment, and the Reign swept the Eternal. There wasn’t random timing to this moment; Dogman did it after Atlanta was up 2-0 and just cleared Temple of Anubis on their attacking turn. Dogman is doing and getting away with it because his team is winning, not to mention they are overperforming expectations at this point. Moreso, the recipients of said trash-talking, like Kruise, are taking their hits in stride, offering varying statements about shaking it off and working harder to be better for their team.

At this point, viewers from last season might start to ask, “Well, what about xQc? Wasn’t he suspended for trash-talking?”

No, he was suspended (on multiple occasions) because he didn’t know the line between trash-talking and disrespect. His first suspension came because of hateful comments he made on his Twitch stream towards Muma, a Houston Outlaws tank main, more hateful comments towards broadcasters, and posting hateful memes on his stream. As this article explains using the unwritten guidelines of the NBA, those examples crossed one of two lines when trying to trash-talk another player: nothing bigoted (the other rule says to not bring a person’s family into your trash-talking). Where Dogman differed and succeeded was that he only trash-talked Kruise’s playing abilities, and not his family or person.