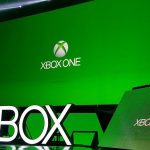 Microsoft seems to be committed to E3 still in a world where many publishers decided to skip this years’ E3. We are all wondering what Xbox division is ready to announce as we all know that with latest game studio acquisitions must come games. The question really here is – When?

The latest ResetEra leak suggests that the wait for new Xbox games is about to end soon. Supposedly, a verified admin of ResetEra forum by the name of “Leocarian” was privy to info on what Microsoft plans to show during this year’s E3. Looks like we might finally get these new game announcements from new Xbox studios. Check the full list of what is to come below:

If this information is true we will get solid Xbox E3 2019 press conference. Phil Spencer during a podcast with Major Nelson did say that 2019 is going to be all about showing what they have been working on. I sure hope Xbox will deliver not only on 3rd party games front but also on the first-party games side of things. Especially that all first-party Xbox games are coming to Xbox Game Pass day one.