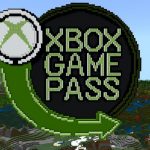 Today is a pretty big day for the rumor mill in regards towards gaming console services. For starters, reports are circulating about a new price point for a combination of Xbox Live and Xbox Game Pass. While this has been speculated in the past months, a twitter user @h0x0d recently stated a price point and even a deal for insiders for those looking to pick up the new combination service. This was also commented on by popular Executive Editor Brad Sams with “You beat me to it.” While nothing has officially been announced by Microsoft or the Xbox division, it seems all but sure that there will be something incoming soon.

This aside, we also have learned that the Competition and Markets Authority of the UK are investigating the practices of console-based services. Primarily, they are focusing on the language used to describe the services to customers as well as the ease of doing business if a customer needs to cancel, the refund policies and the clarity of auto-renewals.

Some recent changes with the refund policies with Sony have not taken effect in the UK or Europe. The changes qualify customers to be able to request refunds for faulty content and pre-orders. You can find more about Sony’s changes in refund policy here.