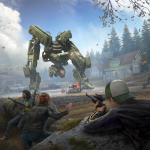 Have you ever watched online videos about the future of robotics and started getting worried about ‘when’ not ‘if’ those fancy robots doing backflips, parkour, and opening doors start usurping the feeble humans behind the controls? Generation Zero is a Sweden where those robots have taken control and driven every human either into hiding or to flee the country.

When you start Generation Zero you are returning home from a vacation to find that there is no one within the house you arrive in. You decide to travel to a nearby village to search for some people. On your way you encounter strange dog-like robots that of course have guns attached to them. You find some refuge inside a church where you discover supplies, sleeping bags, a note saying that the people there are fleeing to a bunker in the next village over, lastly, a gun. Here you begin your campaign against the robots and your journey to finding what has happened to the people of Sweden. 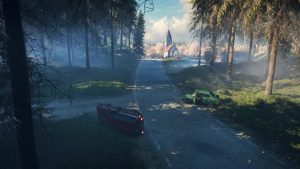 Throughout Generation Zero you will be having somewhat of a hard time finding out what your true objective is. Are you in search of where the survivors have relocated to? Are you trying to find equipment to reach out the outside world to get assistance? Both of these objectives were given throughout the time I spent while playing but I was honestly unsure if I was able to gain any substantial progress towards either.

From the very beginning of the game I was completely unsure if what I was doing was actually progressing the missions I was picking up from letters, radios, and the locations I was discovering. This started right at the first objective, go to the church to find survivors. When I arrived I found a radio and a letter within the otherwise empty building, the radio told me that people were being advised to seek a bomb shelter in a nearby village and a letter addressed to someone that fell behind the group fleeing the flock of murderous robots. This letter recounts a memory of playing in the church as children and says to look where they used to play, that a gun is hidden there. You might be wondering why I am describing this moment with such detail, the reason is that it’s the best metaphor for the game as a whole, because when I picked up the gun that was described nothing happened. There was no prompt telling me that the objective was complete or gave me another step, it never moved past picking up the gun from the church as of writing this, it’s still an incomplete objective. I would move on as luckily the game had already given me a separate objective to head to the bomb shelter to look for survivors. 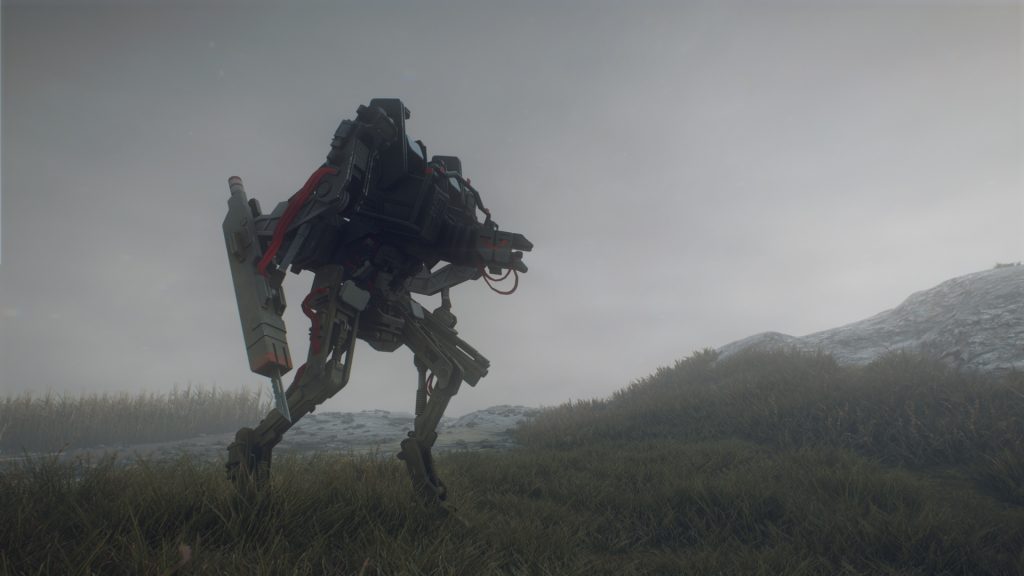 This is where the game started to pick up, as I tried to leave the church I was inundated with several robots that swarmed around me, using the shotgun I found I was able to take them out but was introduced to one of the next shortcomings of the game. The gunplay. Slow and clunky are some of the ways I would describe trying to shoot in Generation Zero. I feel this is brought on by the overall slow movement speed of the player camera when you are aiming. The reticle seems to attempt to guide your hand towards enemies when they are around. The game tries to assist your aiming would sound quite welcomed considering how slow the player aims in general, but this becomes an issue when most if not all enemies are quite mobile and to be able to land a shot on them would require firing where they’re going not where they are. 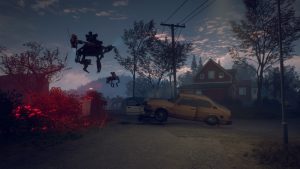 Early on, Generation Zero tries to sell you that there are people somewhere in this land otherwise devoid of life. From your first missions, you are trying to find where people have evacuated to, a bomb shelter in a nearby village, a sports field outside of the neighboring town, the military base out in the woods. Every time you get to the next objective you are meet with more robots, more empty rooms, and more empty radio messages telling you that people have moved to another location. Although the military base tries to serve you as the player to track missions and guide you on your campaign against the robots there are several issues with it. For starters, every time you log out of the game and load back in the robots you fought to gain entry to the military base are back and in the same locations as they were before. This happened multiple times with varying frequency with every main objective. Going into the sports field you will find a radio that prompts that you can use it to establish a waypoint to fast travel but once you drop it you can no longer pick it back up; And if you die you will be transported back to your stronghold and the radio will reset back to the field where if you want it again you will have to fight the small army of robots guarding it. This only begins the frustration of trying to advance in Generation Zero, as with the mission progression genuinely being confusing so is progressing with the tools and resources that are provided in the game. 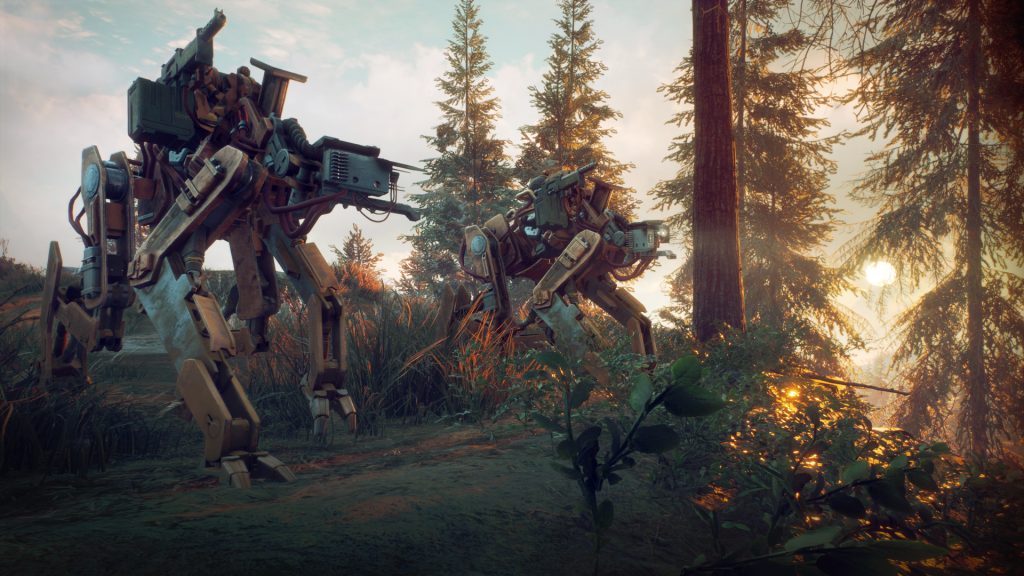 Guns are one of these tools that are more overtly convoluted from the very beginning of the game. They have a rarity, a condition, attachment slots, every attachment has its own rarity and condition as well, and you will find a multitude of ammunition types. The guns you find throughout playing seem to be tied to locations as well; When I played and logged out they would reappear in the same spot with the same states as before. Ammo is just as complicated as the guns that use them. They have several types like FMJ(full metal jacket), hollow point, soft point, armor piercing, each will take its own spot in your inventory and will need to be attached to a gun to be used and if that gun is dropped with the ammo attached the ammo is gone as well. This makes inventory management difficult and overwhelming with the amount of other tools you will acquire while playing like explosives and devices to distract robots, I would love to have a separate section of inventory just for ammo alone and a way to see the ammo that can be attached to the gun from a drop down when you select the gun instead of having to select the ammo and see if that 9mm can work with the 9mm gun you just found. Although the game tries to give you a multitude of options to face these robots you will rapidly find that you are outmatched in terms of firepower. Why there are literal giant robots that have rocket launchers when I can’t find anything better than a ‘delipidated’ hunting rifle is beyond my understanding (as I would expect more advanced weaponry or at least better-conditioned guns to be found where these robots roam). 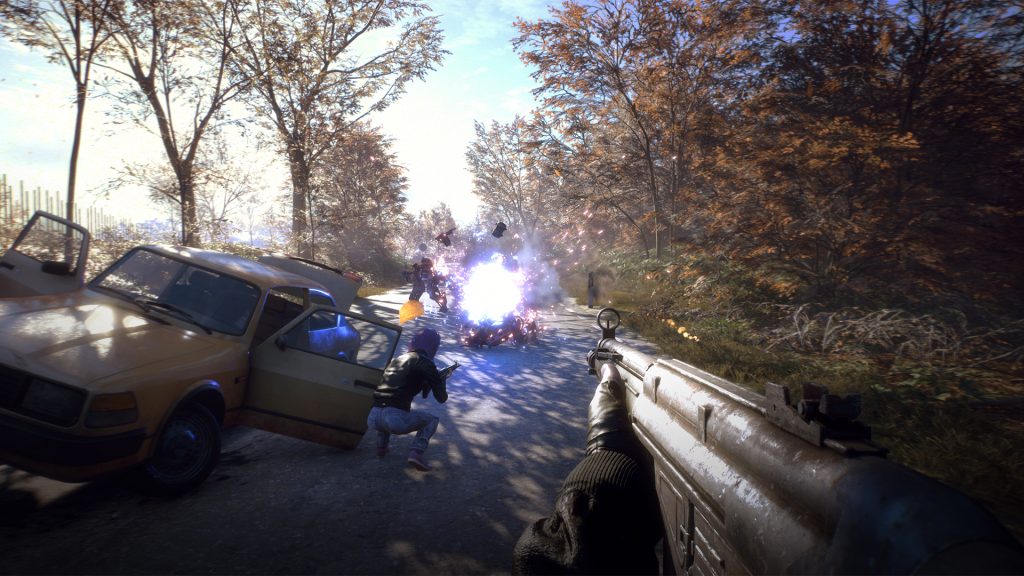 The greatest saving grace of Generation Zero is robots.

Although the game mechanics are lacking the game world is beautiful to look at and traversing into underground military bases is really cool in my opinion. Something that really stood out to me while playing though was that as you are being led to believe that there are people slowly evacuating from Sweden, you will find that all of the houses and cars seem more like they were abandoned then being escaped from. It just seems like the people vanished rather than that was trying to gather the bare necessities before being whisked away by the military to a safe location. There’s no direction of travel, like cars gridlocked up heading away from cities or abandoned supplies that people decided to separate from while traveling. The homes are seemingly untouched and these areas that were supposedly used as staging areas for people to meet with military containment just seem too clean, like everyone that left either took nothing with them or had just the right amount of things to move quickly and didn’t need to leave anything behind. Bunkers and bases are a unique form of emptiness. I don’t mean to sound morbid but I would expect that the bases being used for communications to have been the last places to be left unattended, the soldiers there would have fought wave after wave of murderous robots to maintain communication until every evacuation was complete, or they were all dead; But they’re as empty as the homes, as empty as the shelters, as empty as the churches that serve as your safe houses. Everything is just empty. Beautifully rendered, emptiness. 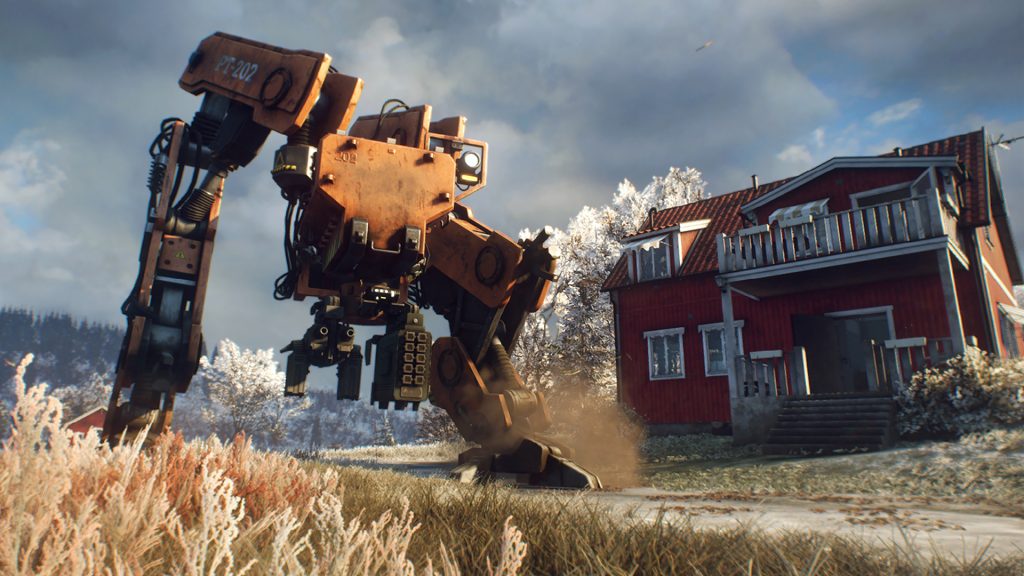 The greatest saving grace of Generation Zero is robots. They are the anti-heroes of the game, they’re uniquely colored and varied to blend into the terrain but stand out as only a piece of complex machinery could against the jagged earth tones of nature. In the beginning, you will constantly come across these dog-like robots that quickly move through the woods and mercilessly barrage you with bullets. While traversing bunkers you will come across these small tick-like robots that will leap at you and cause massive damage. The first time I decided to leave the starting island I met the next humanoid looking robot that would fire grenades, shoot, and leap at you with swords. Finally, once I entered into the mainland I encountered these monstrously large complex robots that always meant instant death if spotted by one. Taking down a smaller robot will give you one to two bullets for your handgun taking out a larger robot will usually provide you with some rifle bullets and sometimes an EMP charge you can throw to disrupt other robots. Regrettably, the reward for taking out robots tends to be marginal at best as they never recoup the amount of resources you will expend to take them out. 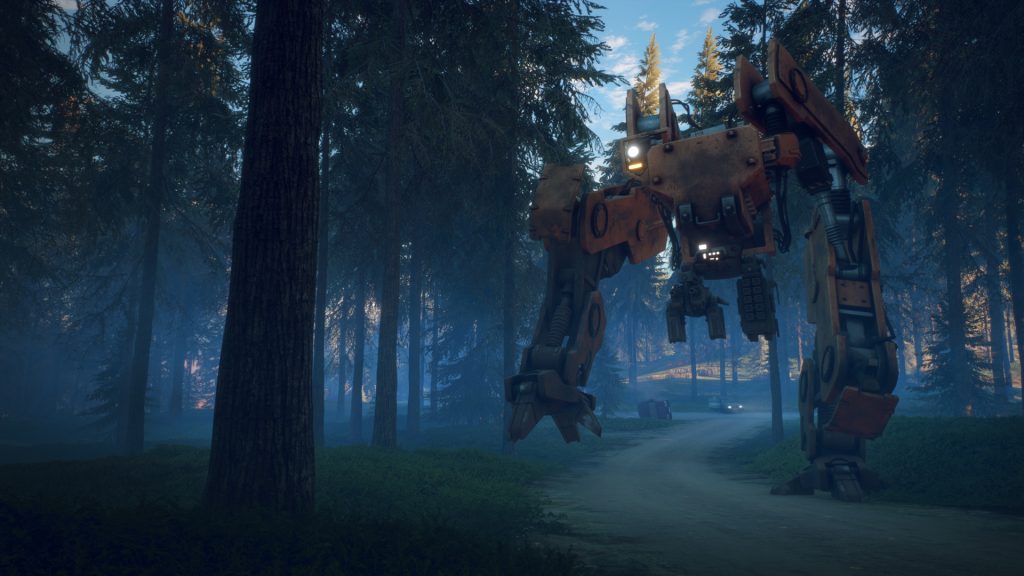 Now, I hope this doesn’t all sound as if I’m tearing into a game merciless without saying there are no redeeming aspects. The game could be a genuinely fun looter-shooter but I’d be remiss if I didn’t address the seemingly insurmountable amount of work that this game needs to feel truly special; Or at least cohesively constructed. If you’re interested in having a massive landscape to crawl through with copious enemies to shoot at this could be a game you would enjoy. Given some time this game could really surprise me. Even during the few days, I spent playing I was already seeing changes being made to the game for the better. As stated on the Generation Zero webpage, the developer wants the game to feel like a collaborative effort of players that reach out to improve the game and create new content.

Generation Zero is available on PC, PlayStation 4 and Xbox One. This review was conducted on an Xbox One X.

6.9
Out of skynet levels of robot apocalypse.