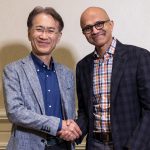 You are reading
Microsoft And Sony Gaming & Cloud Partnership Announced

“……the two companies will explore joint development of future cloud solutions in Microsoft Azure to support their respective game and content-streaming services. In addition, the two companies will explore the use of current Microsoft Azure datacenter-based solutions for Sony’s game and content-streaming services. “ 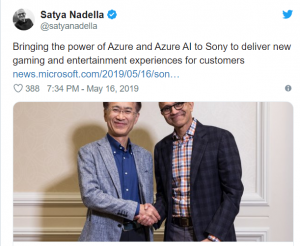 This partnership might suggest that both Sony and Microsoft are joining parties to tackle Google Stadia. Google has announced their new streaming service in March and is planning to release it later on this year.

Not much is known about details of this partnership but we sure will keep you updated on any developments in the future.