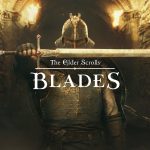 Adventurers of Tamriel are going to have another reason to pick up the Nintendo Switch! Bethesda announced a new update for The Elder Scrolls: Blades on the E3 stage. The biggest announcement, however, was that blades would be making its way to the Nintendo Switch. Blades is going to be free-to-play as well as offer cross-play and progression between the Switch and mobile versions of the game.

Blades is one of several mobile and free-to-play games that Bethesda offers. Fallout Shelter and The Elder Scrolls Legends have both been available for some time. Fallout Shelter is currently available across multiple platforms whereas Legends is slated to release on console.

Aside from the Nintendo Switch release, The Elder Scrolls: Blades is also introducing a new update to the game. This includes an update bringing a dragon quest line for free. The update also includes a solo-arena mode, new quests and new jewelry.

The Elder Scrolls: Blades is scheduled to release in Fall 2019.