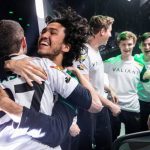 It’s time to go back to our regular programming of Overwatch League winners and losers. This week felt closer to the penultimate week of the stage since most of the league won’t attend the stage-ending Atlanta Homestand. Given those circumstances, this was an important week for teams to make statements on why they deserve to be in the Stage Playoffs. As mentioned last week, Stage 3 is treating previously struggling teams very well, and punishing traveling teams. Here are this week’s winners and losers:

It’s time to officially welcome back the Valiant to glory. The Valiant continued its rise back up the leaderboard with their biggest trophy of the season: Vancouver.

Yes, you read that right, the Vancouver Titans have finally fallen. Vancouver started the match right with a win on Oasis, but LA stormed back with close wins on Paris, Eichenwalde, and a shutdown defense on Dorado. Also, the Valiant avenged their sole Stage 3 loss to the Shanghai Dragons this weekend and planted their claim to one of the top Stage 3 teams deep this weekend. Week 4 will see the Valiant close their comeback stage with matches against probable Stage 3 Playoff contender Hangzhou Spark and bubble team London Spitfire.

Wait what the hell? How is Vancouver here? They lost!

True, but they got their first ever regular-season loss out of the way to a hot team. Had they lost like San Francisco did, to a then lowly Houston Outlaws team, it could have hurt more. Therefore, they shouldn’t feel too disappointed about losing now, and the pressure of a perfect season is officially gone. They still stand on top of the league’s regular-season standings at 19-1 with a +5 map differential and undoubtedly will make the regular season playoffs at this rate with a high seeding. More importantly, Vancouver will spend a long time in the Overwatch League record books.

This is the week I learned to not write the actual article until the entire weekend is over. Green teams running rampant this Stage? Not as rampantly after Houston dropped a match to Florida and the aforementioned upset. Homestand’s filled with winless teams? Nix that thought because of the aforementioned Florida and Boston’s return to reverse-sweeping glory against Paris. Houston and Paris’ losses were easily the most damaging because they are now both relegated to bubble team status for their last week of Stage 3. For the season playoffs, Houston’s practically needed to win out since last stage’s winless stinker, but for Paris this complicates things. Since the league will have a sudden death tourney for the last two seeds in the end of season playoffs, Paris is now on the outside looking in.

True GOATS is no longer the dominant beast it was for the first two stages of this season. Now we are seeing a lot more off-GOATS play with many teams running Sombra GOATS (ie Houston from time to time), Doomfist, and sometimes straight Dive. After two GOATS heavy stages, it is nice to see a variety of compositions and strategies popping around. If reports about an incoming role lock for the league are true, then the days of GOATS are quickly waning.