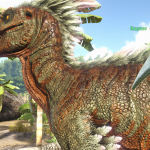 Studio Wildcard has made the decision to close off item transferring on the Xbox network until a solution has been found on the duping issue. This may also indicate that the issue is limited to items, and not encompassing duping of tamed creatures.

XBOX Survivors, in 15 minutes we will be disabling transfers based on the recent duping exploits on the Official Network. Transfers will be re-enabled when a patch is deployed to address the exploits.

The original story is as follows:

If you were unaware, Ark: Survival Evolved has been having issues within the game. Primarily meshing has been the biggest concern, but on Xbox One, a prior fixed issue seems to have returned. A year ago, one of the biggest issues at the time was duping. This issue was causing major concerns for official servers, even as far as to cause many players to leave official servers completely. Let’s be honest, if you were playing the game, you were either duping yourself or knew of someone committing the act. In my personal experience, my tribe at the time, on Xbox Server 408 (Legacy), realized we had two options: Play fair and lose when we ran out of resources or dupe to not get wiped. The game’s title Ark: Survival Evolved gave us enough to know what we had to do. We wanted to survive.

Below: A shameless self-plug of one of my favorite Official Server Wars

Eventually, Studio Wildcard was able to get the duping issue under control. That is until recently when the valentine event revealed that there was likely a way to continue this bad habit. Flash forward to the now, and it seems that duping has returned, at least on Xbox. Several YouTubers have posted videos presenting the problem and many in the Ark community have been expressing their dissatisfaction with the issue.

In a thread on Twitter, Studio Wildcard Community Manager, Ced, stated that the developer is aware of the issues and are currently working on a fix to the situation. In the thread, Ced stated that they have found that the issue is isolated to the Xbox network and not currently shown to be affecting the PlayStation or PC networks. A patch was stated to have been deployed but did not elaborate if this would be a fix towards the duping issue. Many had been asking if servers would receive a rollback or possibly be wiped. To this, Ced admitted it has been discussed but more of a last resort as they would like to first assess the damage and go from there. It is not likely to happen.

Also, I can tell you there is an extreme aversion to wiping (as a "solution"). It's been discussed and not likely to happen.

In a bit of defense for Studio Wildcard, despite their success with Ark: Survival Evolved, it is not without obstacles. The team is still small, as most independent developers are. This causes long delays between updates as well as not as accurate quality assurance checks. Though, this day in age, what game does not at least present an issue if not several? The good news is that Studio Wildcard is working on a fix and it will come.