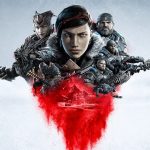 Gears 5 is one of the most hyped games for an Xbox fan at the moment. Scheduled for a September release date, Gears 5 will be the prestige title on the Xbox for the Fall and, like most big multiplayer games will feature an early tech test for server stability and balance. There is still a lot to be learned since the campaign has barely been shown since the original unveiling. At E3 2019, the focus was entirely on the new Escape mode, and many are hoping this mode captures them as the past ones did.

We might not get our hands on the campaign or see anything related to it till launch. However, right now you can download the Gears 5 tech test for the multiplayer modes: King of the Hill, Arcade, and Escalation. The only requirement is that you either have to be subscribed to Xbox Game Pass or preorder the game. You can download it on both Xbox One and PC.

The event does not start till Friday, July 19th but by pre-loading you can have your foot in the door the moment it launches. The beta lasts all weekend till July 22nd so if you work you still be able to give feedback.