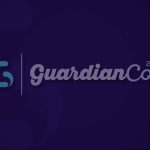 You are reading
GuardianCon 2019 Impressions With The Last Word

GuardianCon 2019 is currently underway in Orlando, Florida. Luckily, your two favorite looter-shooter hosts are there live on the floor to keep you updated. This year, GuardianCon 2019 has moved to a new location in Orlando. The past few years GuardianCon had been hosted in Tampa Bay, but for the growing accommodations, it has moved cities. This was not only due to the increase of Con-goers, but also the increased developer presence.  Borderlands 3 makes its debut with Gearbox Software joining the list of developers. Also joining the convention this year include 505Games with Control and even Rare Ltd. with Sea of Thieves.

GuardianCon is well known for the contributions donated to charities such as St. Jude Children’s Research Hospital. Streamers also take a big part in this convention often times holding charity streams to help donate to St. Jude’s. Even you can donate to GuardianCon 2019’s cause by going to this link. Additionally, GuardianCon itself hosts many popular content creators in the communities of Destiny and last year with Warframe. Now with more support, probably a growing chances of even more joining the cause.