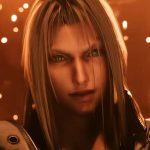 Square Enix announced a remake of the beloved Final Fantasy VII Remake back in 2015 on Sony’s E3 conference. The original trailer stated that it would release first on PlayStation. Since then there has been no additional announcement for other platforms. So the question that a lot of gamers has been asking is this an exclusive? Rumors circulated that VII Remake would release on the Xbox along with the PlayStation counterpart, later stating that this was an internal error.

SquareEnix officially made a comment on the situation. In a statement with IGN, Square disclosed that there are currently no plans to release Final Fantasy VII Remake on any other platforms.

As previously announced, Final Fantasy VII Remake will be released for the PlayStation 4 on March 3rd 2020. We have no plans for other platforms.

Given the verbiage, there still is a change it releases on other platforms in the future. As of right now  VII Remake looks like its just a PS4 exclusive.

The game is a very popular and beloved title by man.  It even ranks as one of Lords of Gamings top titles of E3.