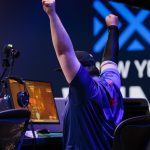 You are reading
The Stage 3 Playoffs Primer and Predictions

The Stage 3 Playoffs are ready for glorious combat and competition! Eight teams will rumble throughout the weekend with high expectations. Every playoff team won at least five times, and the eighth seed had the lowest map differential at +5. Last year, the NYXL took the crown in an undefeated playoff run. This slate is loaded and it all kicks off tonight, but first, let’s look at who’s facing who this weekend.

Let the green run rampant! Vancouver is back for the Stage 3 Playoff bracket as the Pacific Division winner, while Houston is in the Stage Playoffs for the first time since Stage One of the Inaugural Season. The Titans made a name for themselves as a league-leader in perfecting the GOATS comp, while the Outlaws found their identity in the SombrAna (coined by Captain Planet) comp. SombrAna is a GOATS-offshoot that replaces D.Va and Zenyatta with Sombra and Ana respectively which Houston rode to glory once they beat San Francisco with it.

Prediction: An upset this early would help parity in the league and guarantee a new Stage Finals matchup. However, Houston is the team that beat San Francisco and lost to Florida. Therefore, I think this will be close, but I don’t see Vancouver losing this match. Titans 3-2

Had Shanghai been able to close out any of those first couple maps against Guangzhou, New York would be facing Houston here. Instead, the XL and Dragons will face off. New York dominated the league this stage as the other powerhouses faltered, and tightly controlled the top seed. Shanghai was solid in this Stage, but the LA Valiant’s revenge in Week 3 undercut Shanghai’s marquee win against the Valiant in Week One.

Prediction: Despite New York’s recent history of blowing it in the Playoffs, this match will not leave them upset. NYXL 3-1

Here’s where upsetting revenge or a disappointing blowout could happen. When Seoul won, they crushed their opposition this Stage, but none of their wins came against Stage 3 Playoff teams. Simultaneously, San Francisco lost to Houston and Chengdu in five maps each. This is Seoul’s last chance to prove they can consistently compete with the top teams in the League. Even if Seoul upset the NYXL in the Stage One Playoffs, Seoul never capitalized on that win and Vancouver shut them out in the next round.

Prediction: Here’s my match of the first round. This is going to be a scrappy matchup. Maps will go into multiple extra rounds…and the Shock will march towards glory. Shock 3-2.

Closing out the first round is the grudge match we all want. The Valiant are the best green team right now because they only lost to Stage Playoff teams, beat the Titans (the Titans only loss this season), and already avenged one of their Stage 3 losses. Hangzhou only lost to the aforementioned Titans, in a match that ultimately decided the Pacific crown (look below).

Vancouver and Hangzhou virtually had the same performance, but Vancouver won the tiebreaker.

Hangzhou and LA went five maps when they met this stage, and I expect nothing less this time around. Both teams are on fire, and the only way the rematch can be any better is if LA forces the third round on Map 5.

Prediction: Don’t let these seedings fool you; the Valiant are a top 3 team this stage. Frankly, it stinks that this Stage 3 Championship-caliber matchup is the first round, but at the end of the day, the Valiant will ride off onto Round 2. Valiant 3-2.

So I won’t give full write-ups of the rest of the matches until they are officially set. For now, here are the rest of my predictions for the most jam-packed Stage of the season.