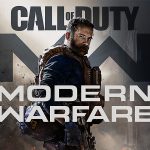 You are reading
Video Game Release Schedule for October 2019

If Halloween doesn’t scare your wallet, October’s video game releases sure will. Coming off of a busy (and epic) September full of hit games, October is looking to keep that trend. With the end of the year in sight, so are some of 2019’s biggest video games. Look below to plan your gaming spending and schedule for October.

Is your wallet sweating bullets yet? Either way, there’s something for everyone in October, which is always a great thing about video games! Which game(s) will you be picking up? Let the Lords know.

You can catch the Iron Lords Podcast every Sunday at 11 a.m. EST on YouTube.

Facebook Twitter Google+ LinkedIn Pinterest Tumblr
Previous article Think you're Hyped for Shadowkeep? Not Yet You Aren't
Next article Dan Butchko CEO of Playcrafting | State of Play | Last of Us 2 MP| Inside Xbox | Project xCloud beta