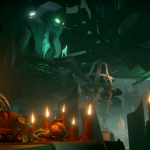 Raids are a hallmark of games as a service. Destiny raids are so popular that Bungie rewarded the first team to beat the newest one. Likewise, Ubisoft commended the first team to beat the Division 2’s first raid with a team photo in the White House for all players to see. Sea of Thieves, while not officially giving us a raid in the Fort of the Damned update, gave us something of similar difficulty. Think of it as a pseudo-raid, and don’t forget to check out everything they gave us.

One salient point Sea of Thieves made about Fort of the Damned is it is not a casual event. Players could complete past events solo across a couple of nights. Take the Dark Relics event: you could complete most commendations with one playthrough of each voyage. After that, you could easily find the Reaper’s Chests alone. A full crew helped, but wasn’t required.

Fort of the Damned throws that idea out the window. You’ll notice in our walkthrough that there’s a lot to do to finish this. You have to run a Skull Seeker voyage to get a Ritual Skull and die all six ways for the lanterns before you can attack the Fort. To be fair, Rare did update the lightning mechanics so you can get the white light more easily. That aside, this event has lots of prep work.

Then, the fort itself is at least twice as hard as a standard fort. Not only do you take down wave after wave of colored skeletons, but the fort boss is also a true boss. As a matter of fact, the boss is from one of Sea of Thieves later Tall Tales. It doesn’t just put up a fight, it knocks you across the fort. What’s more, the boss has the same amount of health regardless of crew size.

The reward for completing the pseudo-raid is Sea of Thieves’ biggest. There’s at least four stronghold skulls, chests, powder kegs and then some. Just completing each step completes commendations, which all reward doubloons. By the end of the mission, you could make six figures in gold.

Competitive Sea of Thieves has a new version: sloop battles. At first, the arena only had galleon battles, but Fort of the Damned includes a sloop option for smaller crews. Ship size aside, the rules are the exact same as before.

Most importantly, sloop arenas are more dependent on your crewmate than ever. Having a two-man crew means one player is half of your total crew. If you get a bad match, then you’re going to suffer. 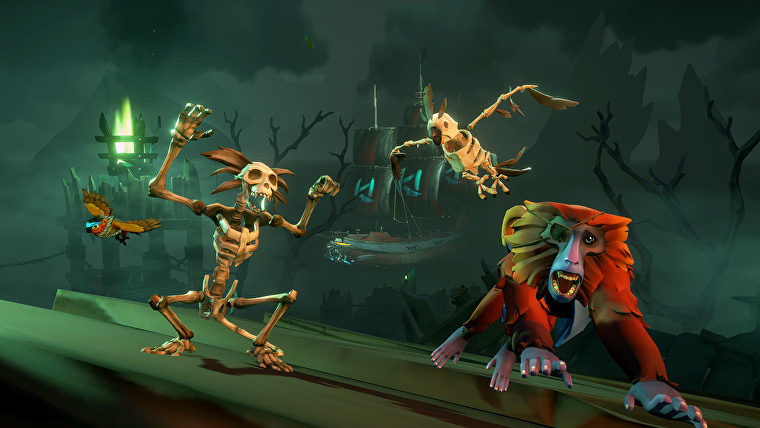 Fort of the Damned is a well-crafted but heavily catered release. This is the first true raid Sea of Thieves has, and it’s haul justifies its length. However, as a raid, it is not a casual content drop. If you’re a fan who doesn’t have a dedicated crew, you should look for one if you want to successfully do this.