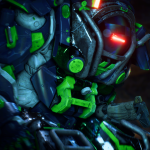 You are reading
Anthem Still Has A Breath Of Life

Anthem 2.0, or Anthem Next, is a second opportunity for BioWare to bring the skeleton of a potentially good game and turn it into, well, a good game. While little is officially known about what BioWare plans to do, we have an idea thanks to Kotaku’s Jason Schreier. Luckily, Schreier seems to be more optimistic about what BioWare could be doing rather than what they could be continuing to fail at.

Overhauls on the horizon?

For starters, it is suggested that the game could be delivered in small updates, or in a larger all-in-one update. The updates look to overhaul everything from the loot being dispersed to how the map is divided up. Quests, social aspects and the necessity of returning to Fort Tarsis are all aspects that are also being heavily changed.

“We’re also looking at breaking up the need to go back to [Fort Tarsis] after every mission,” said the person, “and what a mission technically is. That was always a weird disconnect. [We’re] trying to integrate the disparate parts of the game together.”

The biggest question on the update is whether or not this will cost the player? It seems silly that Anthem players would have to pay for the game they had hoped for, but it wouldn’t be surprising if this were delivered as a major DLC.

The good news to note is that BioWare isn’t giving up on Anthem. Instead, the studio who now holds the keys is slowly working on its revival, and this is with EA’s full support. It is something highly needed as recent departures may have put the community in low-faith of a turnaround.

This is my last week with BioWare. I've been with the company for 14 years and am grateful for everything I've been part of here. SW:TOR, Anthem, the Austin studio, and BioWare are in good hands; you can expect great things ahead.

Here at Lords of Gaming, I may be one of the few, if any, that are rooting for Anthem to make a turnaround. Most of the team have a nearly sickening dedication to Destiny 2 that requires Anthem supporters to remain in secrecy. The game itself has a solid baseline for what it wants to be. BioWare Austin is a team that has had their hands on multiple MMOs such as Star Wars: The Old Republic and Ultima Online. Due to this, Anthem has a chance to make that turn around as long as the developer can find the games’ identity. It seems like a long-shot, but it’s possible; look at games such as No Man’s Sky.