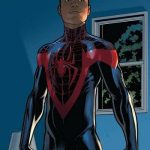 It’s time for Miles Morales to join the MCU.

The groundwork has already been laid for his introduction. Spider-Man: Far From Home has left a natural opportunity to make it happen. 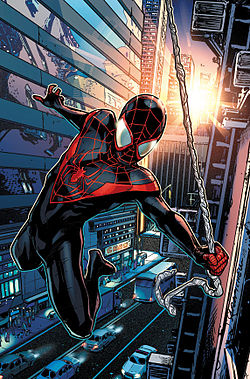 It’s time for Miles Morales to join the MCU. The groundwork has already been laid.

That depends on who you ask.

Everyone, even my parents, can probably tell you that Peter Parker is Spider-Man. That’s due in large part to decades of comics, television, and movies since 2002 reinforcing that notion. Five of those movies alone take place in the MCU.

Writer Brian Michael Bendis and artist Sara Pichelli introduced Miles into Marvel’s “Ultimate” line of books in 2011 to replace that universe’s Peter Parker after he died.

Miles was eventually brought into the main continuity of the Marvel books and his public profile has been raised more and more.  That’s continued to 2017’s Marvel’s Spider-Man video game and 2018’s outstanding animated feature “Spider-Man: Into the Spider-Verse.”

Miles joining the MCU would finally push him into the spotlight on the same level as the rest of the Avengers.

Here’s how it could happen.

Miles is already in the MCU

Miles’ existence in the MCU has already been alluded to, however, you could be forgiven if you missed it.

In “Spider-Man: Homecoming” Donald Glover made a brief appearance as Aaron Davis, who, in the continuity of the books is….wait for it.

Glover even utters a throwaway line about how his nephew lives around the area in which he and Spider-Man interact.

That’s not just a clever Easter egg for the hardcore crowd, however; it’s an explicit admission.

Miles Morales wasn’t a part of “Spider-Man: Far From Home” but the mid-credits scene could change that for the future.

Mysterio exposes Parker’s identity in the middle of Times Square via a leaked and falsified video.

Now, how would someone who needs to disprove they are, in fact, Spider-Man, go about doing that?

How about by being able to show Peter Parker in the same room with a fully-powered, web-slinging Spider-Man?

Who better to be that other Spider-Man than one who already exists in the MCU?

It makes perfect sense in the contexts of story and business.

It presents a natural way to hand the torch off from Parker to Miles for what comes next.

Tom Holland may be gone soon after his contract is up. Many early MCU characters are already out.

If the MCU is going to evolve at all, new characters have to join and the roles of existing ones need to be expanded.

The common theme running through the current Spider-Man films is Parker’s search for a mentor.

Uncle Ben and Tony Stark both died and then, Quentin Beck betrayed and exposed him.

The sweetest way I can think of to allow Miles to join the MCU would be to allow Parker to mentor a brand-new Spider-Man.

Hop to it, Kevin Feige, it’s time. The world is ready.