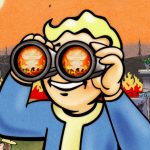 You are reading
The Fallout of Fallout 1st: A Perspective By Actual Fallout 76 Players

As a long-time Bethesda fan, I have been around the block before. I’ve seen Todd Howard make his grandiose promises, the launch month bugs, attempted monetization of community mods, and the absolute PR nightmare of Fallout 76. For YouTubers and writers alike, Fallout 76 was the gift that kept on giving, with blunder after blunder on a pretty ho-hum Bethesda launch. Since that time, content creators have decidedly had it out for the game but have little to no time invested in the Appalachia Wasteland. As a result, they tend to paint a skewed picture of Fallout 76 that doesn’t match the community’s actual opinions. In short, it became a punching bag.

Just over three weeks ago, Bethesda posted an update to the old Bethesda blog detailing the launch of their new subscription service aptly named Fallout 1st. The primary benefit and selling point of this service that was put to the foreground was the long-awaited community request of private servers which drew little ire from fans. With this came several other quality of life improvements such as a dedicated scrap box, an extra fast travel point separate from the CAMP, emotes, icons, a sizable chunk of atom allowance, and the Fallout New Vegas ranger outfit. Needless to say, content creators swarmed their outlets with their takes on the matter. They even publicized a rumor of class warfare between “76’ers” and “Firsters” where 76’ers were allegedly targeting those using the premium icons. The gaming forums lit up in protest but, as tends to be the case with gaming controversy, internet outrage is hard to determine if it’s sincere.

So, I decided to go down to the actual die-hards

The men and women making it work in the post-nuclear apocalypse, to find out the true opinions on the premium experience Bethesda has introduced to the public. Through a strange turn of events, I came in contact with VaultTec Medic and the Fallout comedy troupe, Wasteland Estates HOA (recently featured on a Forbes Halloween piece). After one of their excellent CAMP evaluation live streams, I started asking a few questions to VaultTec Medic and 3 other members the troupe about Fallout 1st. They shed some light on unknown features and tricks, as well as revealed some key perspectives on the matter.

Let’s clear up some misconceptions about some of the features of Fallout 1st. These are not entirely private servers, at least in the same manner many of us are accustomed. A server is started whenever a Fallout 1st members initiate a private server, anyone on that person’s friends list can join at any time. However, when the server owner logs off that server closes down and boots everyone out, unless there is another Fallout 1st member present. That server still remains owned by whoever initiated the server, but if another Fallout 1st member is present it will stay open so if you started the server you could leave and come back later and not miss anything. These are not peer-to-peer hosted servers so no lag to worry about here. The exclusive emotes, NCR ranger outfit, and icons remain in your possession even if you decide to let your subscription lapse.

We covered the initial topic of the supposed class warfare

No one had been witness to any such behavior, although they didn’t rule out any such roleplaying types (likely in reference to some who have taken on the mantle of the Apocalyptic Aristocracy). When asked if they think they’ll be subscribing long term, VaultTec Medic recused herself namely since its extremely useful for the CAMP evaluations and community streams so she must keep it up. The rest of the group recounted the usefulness of private servers for resource farming or the monthly atom allowance as being worth the investment alone.

Universally, the group agreed that Bethesda marketed the service poorly instead opting for it to be a premium service instead of private servers with added bonuses. VaultTec Medic recounted her anticipation that the much-awaited feature would be a paid addition. “Of course we all knew they’d (Bethesda) put it behind a paywall. Private servers cost money and these aren’t player hosted.” Bethesda clearly has a marketing problem with Fallout 76 and that largely stems from uncertainty in what the endgame is. That’s not to say there isn’t end game content, in fact, there’s quite a bit to do between challenges, CAMP improvements, raids, and weekly events. When polled on what they thought the end game is for Fallout 76 there was a bit of head-scratching until user Baty1117 stated “To have the best CAMP.”

Lastly, I asked the group what Bethesda would have to do to make them stop subscribing to Fallout 1st

None of them budged. I had to poke and prod a little to find something that would make them want to stop subscribing like lowering the atom allotment or revoking their premium items if they unsubscribed. After a few minutes, I got an answer from user Dark Zeratull “Only way I’d unsub is if they put pay to win weapons behind the service. That’s unfair.” When pushed back on whether they considered an extra fast travel spot and scrap box were pay to win, I got an interesting sentiment in return. These subscribers viewed these more as quality of life improvements, and far from pay to win. The idea is that a scrap box doesn’t help you “beat” anyone else, but they certainly help.

Fallout 76 has certainly been a bundle of PR nightmares, and I believe that even Bethesda doesn’t know what they want Fallout 76 to really be. The outside gaming community believes it’s a cesspool of microtransaction abuse and Bethesda cashing in on their goodwill. The player base believes it to be an open sandbox for their amusement, updating to the whims of an unsure “Godd” Howard. And to some extent, all sides are right. To portray this as a clear-cut issue of Bethesda versus the world, that no one sees the value in a premium subscription service is blatantly untrue. There’s a base that sees value in it