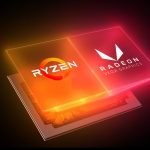 You are reading
AMD Winning Over Intel in Europe

AMD CPUs have taken the fight to Intel. Not only in sales, but also in mind share in terms of consumer preference, according to the Europe Hardware Association’s (EHA) latest report.

EHA’s surveyed opinions of tech enthusiasts across Europe, especially those who read EHA publications. The survey indicated that 60% of participants revealed that they intend to purchase an AMD CPU in the near future. This means obviously that the remaining 40% still prefer Intel CPUs.

This is a major shift from 2018 when 60% of consumers reported a preference for Intel CPUs. It goes to show the significant impact that Ryzen 3000 processors had this year, taking a bigger piece of the pie within the desktop enthusiast CPU market. Multiple reports have corroborated this shift and it appears that AMD is on the rise.

EHA Chairman Koen Crijns recently said, “The last three years have seen AMD gain a lot of momentum in the enthusiast segment. With the Ryzen series of CPUs, AMD has eliminated any lingering performance gaps, while offering a great price/performance ratio.”

The EHA also reported that AMD is gaining ground in the GPU market, but it still lags behind Nvidia. Almost 23% favor AMD graphic cards, compared to 19% back in May of this year. This goes to show that Nvidia remains the dominant player within the GPU market.

Of course, it’s important to note that this is just one report in a single market. But, it’s no surprise that more tech enthusiasts are recognizing the progress AMD has been making in its CPUs, which is translating into increased sales.

In fact, since the beginning of 2019, more gaming laptops are starting to ship with AMD CPUs than ever before. This goes to show that the company is making great progress within the laptop market as well.

However, it’s important to note that this only one report from Europe. It does go to show that AMD is indeed becoming more competitive within its market.

Wingman XB: Use PlayStation And Nintendo Controllers On Xbox

New Details About PlayStation VR2 Have Been Revealed