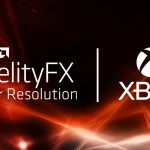 On June, 22nd, AMD released FidelityFX Super Resolution on PC, mostly to positive reviews. New AMD tech allows boosted performance in games with only a small decrease in image quality. Please note that this is still early days for this tech which is supported by only a handful of games. We need to see more games using it to fully asses FSR performance.

Surprisingly, Microsoft has already implemented AMD FidelityFX Super Resolution on the Xbox Software Development Kits too. Jason Ronald, Partner Director of Program Management at Xbox informed us via Twitter that Super Resolution has been added to Xbox Series X Game Development Kit. On top of that, FidelityFX FSR will also support Xbox One consoles, which should boost their performance too.

“Excited to continue our close partnership with @AMD and see what game developers can do with FidelityFX Super Resolution, available to preview in our GDK today for@Windows,
@Xbox Series X|S and #XboxOne consoles.”

So far no game on Xbox consoles supports it, but it’s just a matter of time until devs will start implementing this new tech in their games. It will be interesting to see what the first game to have this new feature set will be.