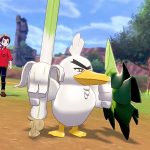 The holidays are almost upon us as the malls and shops start filling up rapidly. With droves of people fighting over consumer products. This is what makes November 2019’s NPD’s so interesting as we start to see the push in software in hardware leading up to the holidays. As always thanks to the great work done by Mat Piscatella and the folks at NPD group for incredible work they do.

Nintendo Continues to Drive and Thrive

The Nintendo Switch to no one’s surprise was the best selling hardware of November 2019 in the US. The Nintendo Switch remains the best selling hardware of 2019. With only a month remaining in 2019, it seems impossible for Sony and Xbox to dethrone Nintendo. The Switch was also a force to be reckoned with in terms of software sales. With Nintendo taking 4 of the top 10 spots of the best selling software. Pokemon continues to be a massive franchise for the company, as Pokemon Sword took the number 3 spot. With the combo pack with both games and Pokemon Shield taking the 4th and 5th spot respectively. Luigi’s Mansion 3 slipped to number 10 but is still performing well.

Super Smash Bros Ultimate is officially the best selling fighting game in U.S. history. The game catapulted past the previous record holder which was Super Smash Bros Brawl. Even almost a year after its launch the game is still holding on to the #17 spot on November’s 2019 NPD SW sales.

Pokemon Sword and Shield had its launch month dollar sales in franchise history. The record previously was held by Pokemon Sun and Moon. This is insanely impressive as this is the first mainline Pokemon game to be released on a Nintendo home console. If you combine the 3 different SKU’s of Pokemon Sword and Shield it would have ranked #2 on November’s NPD.

The Force is Strong With This One

One of the most interesting things about Novembers NPD was of course where did Star Wars Jedi: Fallen Order chart? Coming in at the number two spot just behind the sales juggernaut Call of Duty: Modern Warfare. This was a huge breakout game for Respawn as it was the highest launch month dollar sales in history for the company. With the game also having the 2nd highest launch month dollar sales of any Star Wars title. It only fell short of 2015’s Star Wars Battlefront. This is a huge accomplishment for Respawn, and we cannot wait to see what they create next!

Call of Duty Cannot Be Stopped

Death Stranding debuted at #7 on Novembers NPD, which is an impressive feat for a brand new IP. The Outer Worlds dropped from #2 down to #13 but is still performing well. It is also worth noting that Tom Clancy’s Ghost Recon: Breakpoint has dropped all the way to #18. Considering the sales juggernaut that Ghost Recon: Wildlands there is no doubt that Ubisoft is disappointed in the performance of this title.

Best Selling Games on Xbox One

That concludes November’s NPD numbers. What were some interesting trends that you noticed? Let us know in the comments and don’t forget to check back for the latest gaming news and information.