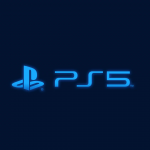 PlayStation 5 PRO may reintroduce us to another mid-generation hardware upgrade which allowed both Sony and Microsoft to extend the console generation. In the past, a console generation would last around 5-6 years max. After that older consoles were generally supported for an additional 2-3 years before brand new consoles would eventually take their place. Developers would then focus resources on delivering games to the newer consoles for the most part. This generation will be 7 years long and we now know that both PS5 and Xbox Scarlett are launching around holiday 2020. However, Sony may already be making plans on how to extend the next-generation PlayStation console’s life cycle even further. 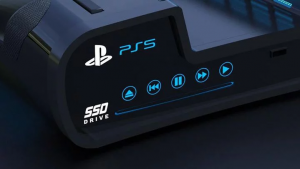 In an interview with Game Informer, Executive Vice President of Hardware Engineering and Operation at Sony, Masayasu Ito might have leaked Sony’s plans for a PlayStation 5 PRO. According to Ito, the PS4 Pro was a hardware test case after Sony realized they will have to keep up with ever-evolving technology and growing customer demand for premium products.

“Indeed, in the past, the cycle for a new platform was 7 to 10 years, but in view of the very rapid development and evolution of technology, it’s really a six to seven-year platform cycle. Then we cannot fully catch up with the rapid development of the technology, therefore our thinking is that as far as a platform is concerned for the PS5, it’s a cycle of maybe six to seven years. But doing that, a platform lifecycle, we should be able to change the hardware itself and try to incorporate advancements in technology. That was the thinking behind it, and the test case of that thinking was the PS4 Pro that launched in the midway of the PS4 launch cycle.”

PS4 PRO is an evolution of the base PS4 model and its hardware. It offers 2.3 times more raw GPU power with faster and extended memory for 4K support. The higher CPU clock speed in the PS4 Pro also offers better performance. Based on this, it’s not hard to imagine a PlayStation 5 PRO offering double the performance with additional tech tweaks to improve the PS5 gaming experience even further. I would not be surprised if we saw Sony’s mid-generation refresh console 3-4 years after the PS5 base model drops.

However, even though this information comes from Sony’s engineering team, plans might change so take this information with a grain of salt. At the end of the day, we still haven’t unveiled the PlayStation 5 just yet and I’m sure it will be a fantastic console.