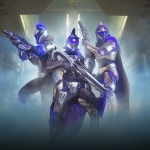 You are reading
Season of the Dawn brings the NPC Thunder

In a ViDoc tonight, Bungie laid out its creative vision for Season of Dawn with the phrase ‘We’re here to build something that lives’. This started with a roadmap for the season to come. 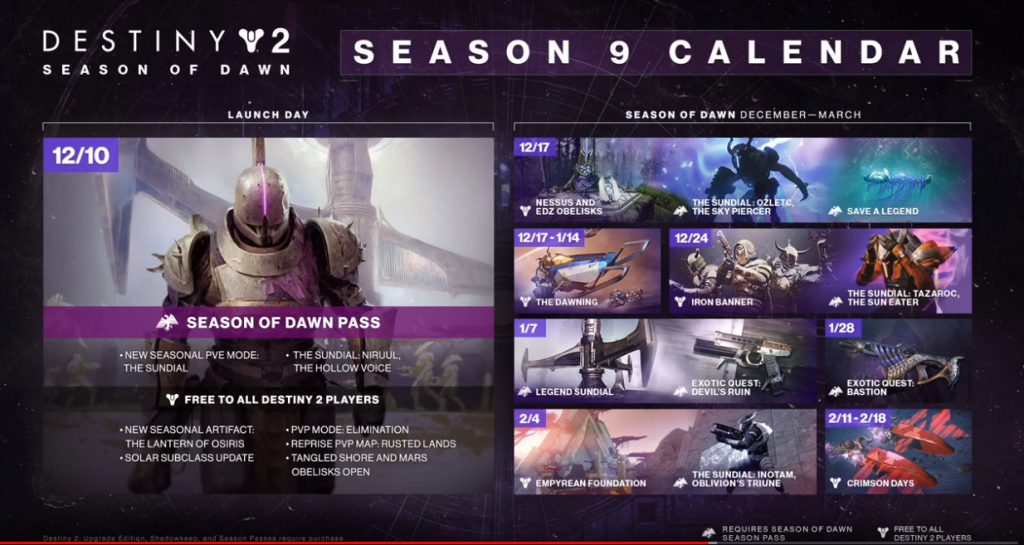 The first notable event is to Save a Legend happening on the 17th of December. This will presumably be the quest to save Saint 14 from being currently dead. The two exotic quests listed are for the new sidearm Devil’s Ruin, and pulse rifle(?) Bastion. The final activity of note is the Empyrean Foundation. The only other reference to the Empyrean comes from an exotic Titan helmet called the Empyrean Bellicose which comes with this description

Pomona Mons is a region of Venus that hasn’t been seen in Destiny 2. Whether Empyrean is the manufacturer of the helmet or a faction is unknown at this point.

The Infinite Forest and Osiris

As mentioned in our analysis of the trailer, the player character’s actions in the current season are the driving force propelling the game forward. By successfully defeating the Undying Mind during the Vex Final Assault, the Guardians have inadvertently set in motion the events that will dominate next season. The Vex have finally successfully completed the simulation that has been ongoing in the Tree of Probabilities Strike. They have figured out how to change the ending of the Red War. What the ending is changing into will be explored in the new six-player matchmade activity, the Sundial.

The Sundial looks to be a worthy successor to the Menagerie for Season of the Dawn. Thanks to the machinations of Osiris, Vex tech has merged with his own mystical devices to create a machine capable of sending the Guardian into different futures where the Guardians have lost everything. Here the Guardians will work either in a premade fireteam or with matchmade players to defeat them. The Sundial will send players into variations of many different locations seen before but all with a new twist. The one shown in the ViDoc showed the Cabal empowered by the Light as was Ghaul’s goal in the vanilla campaign.

Changes Coming to Everything

The artifact has changed from the Gate Lord’s Eye to the Lantern of Osiris. The first column shows the perks Anti-Barrier Ranger to be applied to Bows, Scout Rifles, and Pulse Rifles. The second column now no longer is dominated by reload mods, but includes modifiers to flinching and precision damage. This reflects a design choice to focus on ranged combat in the Season of the Dawn. The Vidoc only showed a single perk from the final column, the Guardian Angel mod. This grants a chance to generate healing orbs for you on Scout Rifle, Sniper Rifle, Bow and Linear Fusion Rifle precision final blows. As a pulse rifle enthusiast, Season of the Dawn seems poised to bring the longer-range game back into play.

A new mod mechanic is being introduced called Charged with Light. While the particulars of it have not been established, an armor mod was shown called Protective Light. This mod boosts Guardian’s damage resistance when their shields are down. The effect is said to consume all stacks of Charge with Light. That indicates it is not a static buff but instead can be multiplied.

Season of the Dawn begins on December 10th, but you can check out the first in a lore series launching on Bungie right now.  If that still isn’t enough for you, tune back in here Friday for a complete breakdown by resident Destiny experts Lord Cognito and Ebontis for The Last Word.