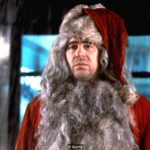 Its that time of year again, and that means its time for a Top 10 Christmas movies list to enhance your season but not to tire you out of seeing the same old classics and suffering from Xmas burnout.

Here are the rules: The film must take place on or feature a significant amount of time on or around the Christmas season (defined by Kringle’s Law as November 1st through January 5th). It must also exhibit at least ONE Christmas theme (family, friendship, love, holiday spirit, etc), however, it must NOT have “Christmas” or any holiday-related references in the title. For the sake of variety, we are also going to place a limit on how many films in the franchise are eligible to only 1 per franchise (and in Shane Black’s case, only 1 of his films since someone was a bit trigger-happy on setting their film’s on Xmas)

This one goes out to all the bachelors out there with the grandfather of the eternal bachelor life, James Bond. Oh, you didn’t know there was a Bond Christmas movie? Let me introduce you to George Lazenby, Sean Connery’s temporary replacement to the 007 mantle. Not only is it a pretty damn good action flick with some nice winter wonderland setpieces (ski chase, bobsled chase, and shootout, etc) but it also revolves around Christmas for a good portion of the film. A great pick if you’re looking for a Xmas little window dressing on a fine Bond flick. What makes it eligible for this list? To avoid spoilers on a 50-year-old movie, let’s say that while Bond does have his way with the ladies there’s one Bond girl who elevates herself beyond the rest and love is certainly a Christmas theme staple. 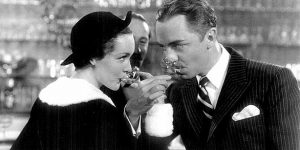 This being the oldest entry on the list, and likely a film not many of you have seen. I’ll keep it fairly short since its an absolute treat to watch and has become one of my Christmas staples. Centering on a rich socialite couple Nick and Nora Charles (William Powell and Myrna Loy) who return to New York and get wrapped up in a murder mystery. Its a comedy first and foremost, but the humor holds up extremely well even on the cusp of 2020. As a heads up though, this is definitely a “wet” Christmas classic and is best enjoyed with a cocktail in hand. Go into it blind and you won’t regret it. 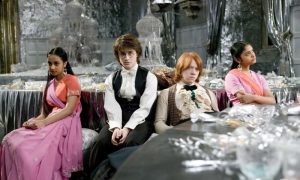 Harry and Ron strikeout at the Yule Ball

It could be said that all the Harry Potter movies can be Christmas movies because each movie takes place over the course of a school year and plays upon nostalgic Christmas vibes. However, Goblet of Fire stands out (a close runner up being Sorcerors Stone) for one main reason; Yule Ball. Who can forget those awkward winter formals with the boys and girls standing around, being obsessed with appearances, and raging hormones? Not to mention, Goblet of Fire has the least amount of Voldemort plotline drivel. So you don’t have to bother seeing the other movies (but you really should if you haven’t already). 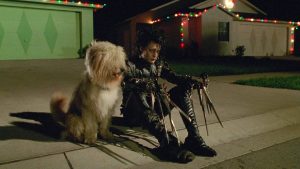 Johnny Depp enters the list as arguably his most garish looking character in a tale about how an unfinished man in a small suburban town tries to find his purpose. It’s a sweet, heartfelt film but with that Tim Burton aesthetic that makes is so much more memorable. The themes of family and purpose really drive home hard during Christmas, especially among the hustle and bustle of the season. Plus, who can miss out on seeing Vincent Price! 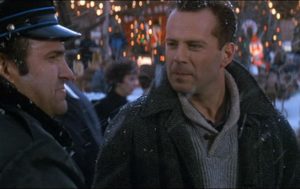 Now I can hear you guys now “But Die Hard 1 is a Christmas classic!” To which I say “Eh.” While Die Hard (1988) is considered a cult Christmas classic, Die Hard 2 is much more of a Xmas flick. Its essentially Die Hard but in an airport while it’s snowing. While the Christmas references in the first film were subdued, Die Hard 2 leans into them fairly hard. I know I’m in the minority here, but I say watch Die Hard 2 over Die Hard for that Christmas spirit. 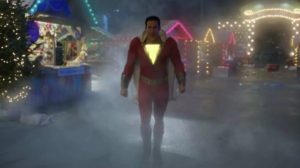 Yep, you heard right. Shazam is indeed a Christmas superhero movie, as most of the film is set during the holiday season and its themes actually play into this very well. Billy Batson is selected to be Shazam’s new champion to take on the Seven Deadly Sins and Dr. Sivana and in that regard, its one of the DCEU’s better superhero films, but it also tackles family as a theme in a different manner. You see, Billy lives in a foster home and the movie tackles the theme of adopted family with such gusto, it’ll make your eyes water. I’d say it’s the only superhero Christmas movie if it weren’t for another movie on this list… 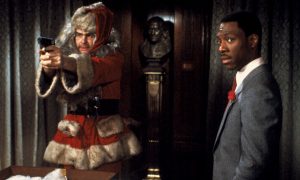 Although I personally see this classic as a perfect Thanksgiving movie, Trading Places is a perfect holiday film. When two rich traders decide to pull a prank on the well-to-do Dan Akroyd and hustler Eddie Murphy by making them switch social standings, hilarity ensues. Jamie Lee Curtis, Bo Diddley, Al Franken, Jim Belushi, and so many more (just look at the cast list!) round out the cast and makes for a good holiday romp with a great theme of gratitude which will make you just fall in love with this movie. 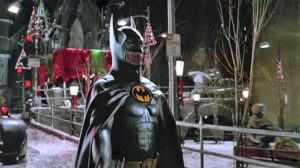 Batman isn’t sure about this time of year

Arguably the perfect Xmas movie for singles. Tim Burton brings us another banger with Batman Returns, Burton’s second outing with the franchise. Here we see a grimmer Batman who with no reason to continue his life as Bruce Wayne, but when Penguin and Catwoman arrive in Gotham, Bruce finds himself conflicted. The focus on the holiday season emphasizes the idea of loneliness for Bruce and Selina, and the Penguin’s revenge on family villain plot further highlights this. Bruce is truly alone, with no lover and no family of his own during the holiday season. The film’s overall arc is a form of coping and being comfortable with being alone and serves as a lesson against compromising your mental health for a toxic relationship. Its a different kind of Christmas film, but its a staple for single folks out there. 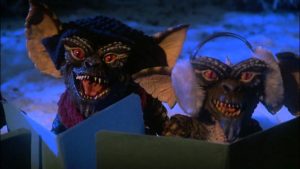 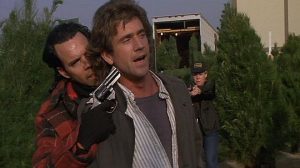 Yes, Lethal Weapon is a better Christmas movie than Die Hard. One, Riggs (played by Mel Gibson) is much more compelling and actually has a tie in with the Christmas season. His wife is recently deceased and he is going through his first holiday season without her, so he’s season depression on top of his own grief. Two, they actually engage in Christmas activities like having dinner together with the Murtaugh family, go to a Christmas tree lot, and you get to see Los Angeles decorated for Christmas. Lethal Weapon actually uses the setting not as a backdrop, but as a catalyst for character development and motivation. The film merges the two different Christmas experiences into one; Riggs with the single Xmas for one and Murtaugh with the typical feel-good family Christmas. It not only does that but validates one another and welcomes both together. Plus, its got Gary Busey.

If you enjoyed this list and want more movie content, head on over the movie section for more great news and opinions!