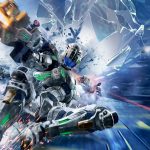 You are reading
Vanquish Remastered Leaked for Xbox One X

Sleeper hit Vanquish is getting the remastered treatment. The Microsoft Store accidentally posted a listing an Xbox One version for Vanquish Remastered. According to the posting, the game is slated for release on February 18, 2020. Vanquish Remastered is also expected to be available on PlayStation 4.

Below,  is an excerpt from the game’s description from the Microsoft Store: 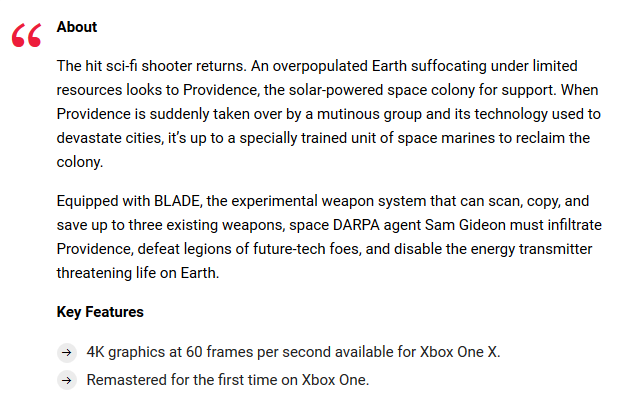 Fans should be delighted that the game will make use of Xbox One X’s extra computing prowess. Vanquish remastered will be rendered in 4K resolution at 60 frames per second, guaranteeing a buttery smooth and visceral experience.

Vanquish was directed by Resident Evil creator Shinji Mikami, and developed by Platinum Games. The game was originally launched back in October 2010 on PlayStation 3 and Xbox 360 and published by SEGA. It was later released on PC in May 2017.

The game was critically well-received, achieving a Metacritic average of 84. However, the game’s sales figures were modest in comparison, selling a total of 830,000 copies by March 2011. Vanquish was one of the better-known gems of the last generation. It was also available on Xbox Live Games with Gold during May in 2018. The game was known for its sci-fi setting and fast-paced and frantic movement and shooting mechanics. Vanquish is a staple of Platinum Games’ style.

A Staple of Platinum Games

The Creators of hit titles such as the Bayonetta series, Nier: Automata and Metal Gear Rising: Revengeance, Platinum Games is known for its stylized action games. Since its inception in 2007,  the company released over a dozen games. Yet, Platinum Games did have issues with Microsoft in 2017 after its exclusive title, Scalebound, was canceled by the Redmond-based tech giant.

The upcoming Vanquish Remastered is expected to be released on February 18, 2020. However, the leak did not mention anything about its price. Stay tuned on Lords of Gaming for any additional information.