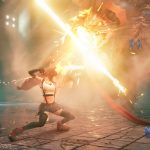 Final Fantasy VII Remake is the game many longtime fans have wanted, but not one they expected to get. Nearly two console generations later after the FF7 PS3 tech demo, the game is ever closer in our hands. Least to say, the scale is greater than we imagined. Square Enix seems to be cutting no corners to make this game particularly special. Here are seven reasons why you should be excited for this big 2020 release.

1. Some Story Changes Are Coming To FFVII Remake

Whether you’ve played the original game or not, know that Final Fantasy VII Remake‘s story is going to be slightly different. While the core narrative is definitely there, previous trailers have shown a few new events and characters that were not in the 1997 version.

For instance, Roche, 3rd Class SOLDIER operative, is a completely new character and comes in blazing. Additionally, side characters Jessie, Biggs and Wedge seem to get more of a spotlight than before. How this all effects the order of events remains to be seen, but these new additions will even keep veteran fans guessing.

2. Legacy Developers and Fans Are Working On It

While it’s ideal to have veteran FF7 staff for the development of Remake, they shouldn’t be the only ones. Square Enix made an extremely smart decision to bring in new people as well as fans to the development team. New people means fresh ideas; dedicated fans will do their best to make the remake they’ve wanted; and legacy developers can imbue the spirit of the original game.

Yoshinori Kitase, the producer for FF7 Remake, was the director for Final Fantasy VII (1997). The principal character designer for the original, Tetsuya Nomura, is the director for Remake. New blood includes Character Modeling Director Masaaki Kazeno and Lighting Director Iichiro Yamaguchi just to name a few. Get to know more about the incredibly talented team in this Square Enix blog.

Final Fantasy music is not new to orchestra performances. The entire series has some of the greatest music in video games, and FF7 is a stand out. The music ranges from haunting melodies to exciting anthems to its signature victory theme and more. To have it all orchestrated for gameplay purpose rather than a concert will make impactful scenes even better.

Listen close to the trailer below:

4. Revamped Gameplay With A Hint of Nostalgia 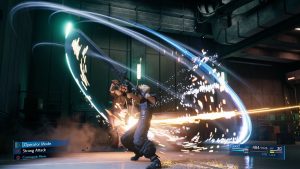 Final Fantasy VII Remake is a full-fledged third-person action game with some tactical menu-based gameplay. The more attacks the player lands, the faster a character’s ATB segment fills. Filling up one or multiple ATB bars unlocks special moves unique to each character. Players can freely choose to switch between any person in their party to play as in battle as well. Each character seems to have a distinctive play style too. Cloud is definitely the brute sword slasher while Aerith is the ranged damage-dealer and Tifa is the quick-hit brawler. Along with Materia, weapons can be leveled up based on how much it’s being used. From this, the RPG elements look to provide an addictive and rewarding gameplay experience. 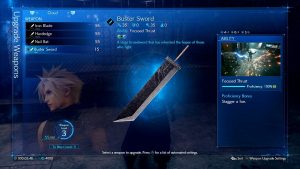 Square Enix also introduced Classic Mode, a feature that sets the party to fight and defend automatically as players cycle through the command menu, essentially keeping the spirit of the original game.

One of the more surprising reveals was Square Enix deciding to go for a new cast of voice actors for the protagonists. While fans will undoubtedly miss Steve Burton’s take on our spiky-haired hero, there’s no need to fret. Cody Christian (Teen Wolf) is the new voice for Cloud Strife in Final Fantasy VII Remake, and, judging by the trailers, he’s exceptional. His version of Cloud is so in tune with how we first meet him that you’ll forget the character was recasted.

The same can be said for Aerith (Briana White), Tifa (Britt Baron), Barret (John Eric Bentley), and Sephiroth (Tyler Hoechlin). A special shout out needs to be given to the voice actors for Jessie, Biggs and Wedge (Erica Lindbeck, Gideon Emery, and Matt Jones respectively). From the trailers alone, the new cast is bringing to life the 1997 version of our favorite characters better than we imagined. 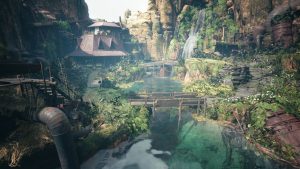 FFVII (1997) has some of the most interesting environments in any old-school JRPG. What also helped them stand out was the game’s unique fixed camera angles. For Remake, we’re getting more vibrant and fuller versions of those same areas. According to Square Enix, locations such as Train Graveyard and Aerith’s Home are just a few of the many familiar spots that have gotten the polished remake treatment. The developers said they have added more depth to these areas by including more story, dialogue, and character interaction. They’re as high quality as one would expect from a AAA Square Enix title.

7. Part 2 for Final Fantasy VII Remake is in Development

Director Tetsuya Nomura confirmed the development team is already at work on the sequel title to FFVII Remake:

“We’ve already begun working on the next one as well, but I’m confident that playing through this title will expand your expectations just like the world that extends beyond Midgar.”

With Part 1 raising the bar so high, it’s tough to say where Part 2 will land. Will my custom-leveled Cloud carry over into Part 2? Will the second entry be completely open-world? What kind of story changes will there be? There’s a lot to discuss, but perhaps we’ll get a more clearer vision once we get our hands on the first game. In any case, we know it’s coming. We just don’t know how long we’ll have to wait.

Facebook Twitter Google+ LinkedIn Pinterest Tumblr
Previous article The Corridors of Time are Osiris' Life
Next article All Half-Life Games Are Going Free For A Limited Time In Lead Up To Half-Life: Alyx