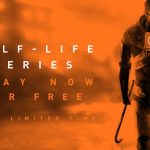 You are reading
All Half-Life Games Are Going Free For A Limited Time In Lead Up To Half-Life: Alyx

It has been well over a decade since a Half-Life related game has been released. The last release was all the way back in 2007 on PC, Xbox 360 and PlayStation 3. Since it been such a long time, many may have forgotten some of the finer details of the game’s story and lore. With Half-Life: Alyx taking place in between the first and second games some of these details may become important. It seems Valve has recognized this and also realizes there is possibly almost a whole generation of gamers who may not know about the franchise.  Today, Valve announced on social media that all of the Half-Life games and episodes will be available to download and play for free via Steam.

Half-Life: Alyx is coming in March, and we're celebrating early by making all past games in the Half-Life series free to play for Steam users, from now until the day Half-Life: Alyx launches! https://t.co/giz801AKfu pic.twitter.com/ndUpN8NDYs

This is a limited time offer leading up to the launch of Half-Life: Alyx. So if you have not played this franchise before this is a great time to give one of the most legendary stories in gaming. The games will only be available to download and play for free up until March 24th, 2020.  The games can basically be run on any PC or laptop as the spec requirement is minimal. If you don’t own a PC, The Orange Box is available via backward compatibility on Xbox One which will provide you with the same content but in a console platform.