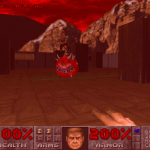 There is no doubt that if you have read my work before, or follow me on social media. You will know that the Doom franchise has always occupied a large part of my heart. Having grown up playing Doom (1993) and Doom II religiously on PC for much of my youth. 2020’s Doom Eternal is going to be another massive step forward for the franchise, just as Doom (2016) was. In preparation for Doom Eternal’s launch next year, I have taken it upon myself to review every Doom game included in the new Slayers Collection. The collection contains 4 games which are Doom (1993), Doom II, Doom 3, and Doom (2016). Whether you are a long time fan of the franchise or brand new to the series, I hope you will enjoy this look through its history. Today, we will be looking back on the legendary Doom (1993) which helped shape so many FPS games in the 1990s.

A little bit of history

Doom was originally launched in 1993 and was developed by ID Software. The game was released just a little over a year after the studio’s last game. Which is another game that many will be familiar with which is Wolfenstein 3D. The game was originally available on MS-DOS and AmigaOS on the PC platform. The game came to SNES and PlayStation in 1995, it was one of the first ID Software games to release on console. Aside from the Wolfenstein 3D port on SNES. 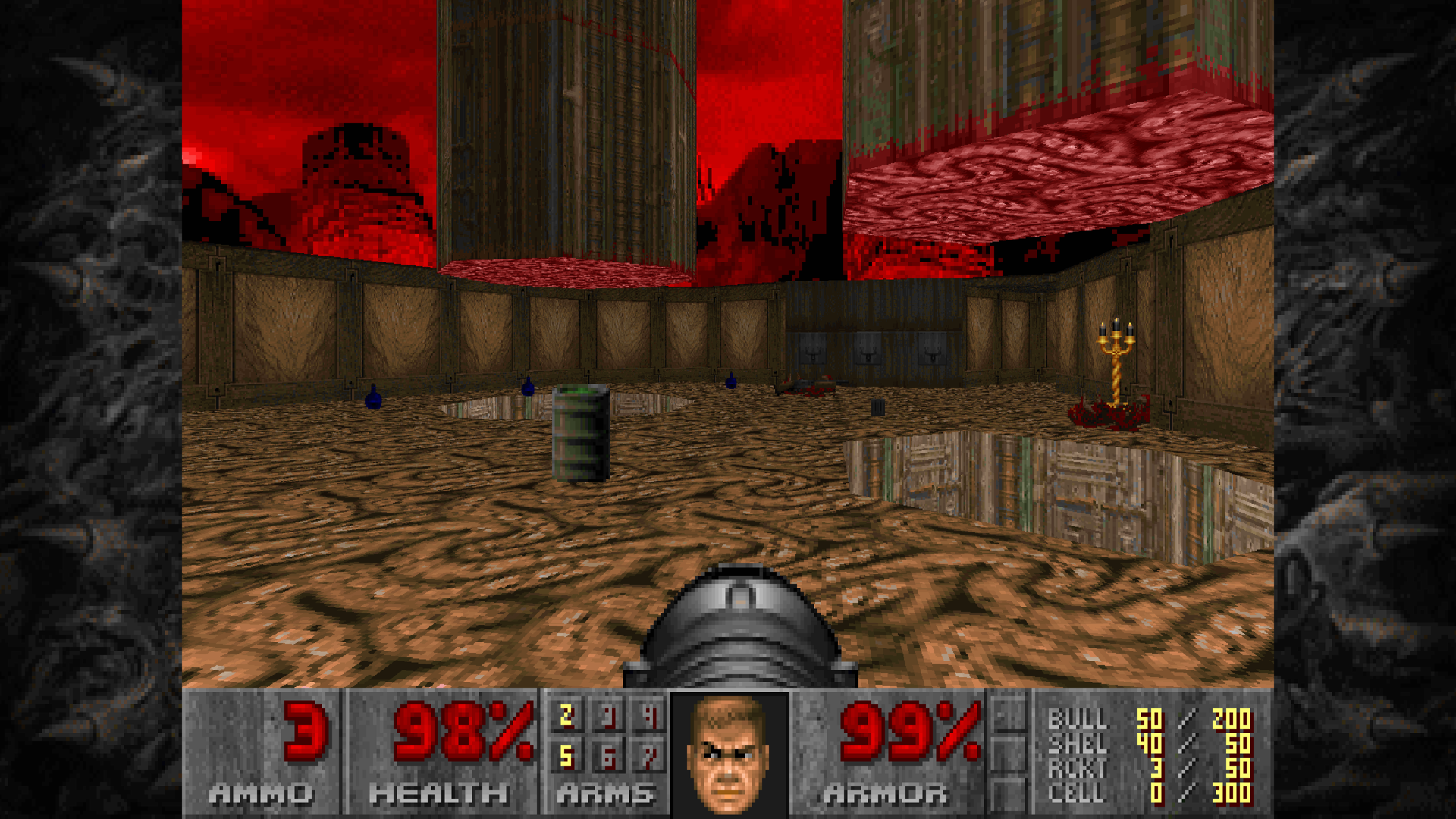 If you are looking for an in-depth RPG with tons of complex decision making, then Doom (1993) is probably the last place you will look. For reference, the games main protagonist is referred to often as “Doomguy”. While there is an underlying story to the game, it is not the focus point of the game. You have your weapons and there are demons to kill, it’s just that simple.

For a game that was released 26 years ago, Doom (1993) still holds up amazingly well in terms of its controls. The game features a huge amount of verticality in the levels  With auto-tracking that if you aim in the direction of the enemy and fire. The bullets will find a way to the intended target. This allowed ID Software to truly experiment with verticality in their level designs.

The level design for Doom (1993) is phenomenal. Hunting down keycards in increasingly mind-bending locations is part of what makes the game so great. In the first chapter, “Knee Deep In The Dead” the levels are fairly straightforward, while you tackle small groups of enemies in larger areas. As you progress further in the game, especially the original final chapter “Inferno” this changes quickly. The levels are winding, with massive amounts of turns that can lead you to dead ends or worse a mountain of enemies. The levels are varied enough from chapter to chapter to feel different and you never feel like your lost in the same maze twice.

Gunplay. The single word that has become so associated with ID Software over the years. Even now, Doom (1993) plays butter smooth. Even is you are sprinting through the levels blasting through enemies or slowly taking your time and hunting down every last demon. The gunplay is so kinetic with every gun packing a punch, except for the starter pistol its bloody awful. The first time you pick up a shotgun in a Doom game is now and will always be a religious experience. No developer has ever come close in terms of making a shotgun that is mechanically as sound as in this game. Doom (1993) is the game that started this trend, and it’s amazing to go back to the shotgun’s roots. With a wide variety of other weapons such as the chaingun, rocket launcher and of course the BFG. The BFG is another one of the most iconic guns in gaming, as BFG stands for Big [Redacted] Gun. As the name implies you can vaporize almost any enemies into a pile of mushy flesh in less than a second. With a wide variety of weapons at your disposal, killing demons has never felt so easy.

Doom 1993’s soundtrack is a classic, while it is nowhere near as incredible as Mick Gordon’s work on Doom (2016). Charging through levels to pounding electric metal tracks at a fast pace, as you hear demons scream in anguish from your shotgun blasts. It’s very rare metal music makes an appearance in video games, this is part of what makes Doom so special to me. As a long-time heavy metal fan, Doom was definitely a huge part of my formative years of the type of music that really stuck with me.

The biggest struggle many games have from an aging standpoint sometimes isn’t the controls. Some games, especially from the early 3D eras of games, have not aged incredibly well. Doom while it certainly shows its age as one of the pioneers of 3D graphics. It has aged exceptionally well with its core focus being on the games demonic level design. Instead of getting lost in pixel counts and taking the most beautiful screenshot to post on social media. Dooms graphics service the game flawlessly. In the latest patch on the consoles, they have added 60 FPS support which makes the game run very smoothly. While it may not hold a candle to many games in the modern era, the influence in 3D design behind Doom. ID Software was very ahead of the curve in terms of graphical design and led gaming into the 3D era as we know it.

Doom 1993 was the pinnacle of FPS shooters and influenced some of the greatest modern developers even to this day. While it’s over 25 years old, it is still a must-play piece of video game history. Join us soon, as I dive into Doom II next, as I review every game in the Doom franchise in the lead up to Doom Eternal.