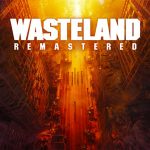 Wasteland 3 is one of the big upcoming games from InXile Entertainment. The studio was purchased by Microsoft in 2018 and joined the ever-growing Xbox Game Studios family. The studio has gone through its struggles and name changes but now has found stability. One of the first games made by the studio was the original Wasteland game, which released all the way back in 1988. It was one of the key influences in the development of the Fallout franchise. While it may not be a household name, Wasteland is a very important part of video game history. Now many people may get an opportunity to experience this game for the first time next month. In a tweet from InXile’s studio head Brian Fargo, announced that Wasteland Remastered will be launching officially on February 25th, 2020. The game will be available on Xbox One, and PC (Windows, Steam, GOG).

We can finally announce that Wasteland Remastered will go live on Xbox and Windows (Windows store, Steam, GOG) on the 56th day of the Gregorian Calendar!

That's February 25th for those few who don't follow along the calendar from 1582. pic.twitter.com/bRNLe5PnAO

There is no excuse not to experience a huge part of gaming history with this remaster. It will also be a great introduction to the series if you are interested in Wasteland 3. Xbox Game Pass members will be able to download the game day and date as part of their membership.

Will you be picking up Wasteland Remastered? Let us know in the comments and don’t forget to check back for the latest gaming news and information.