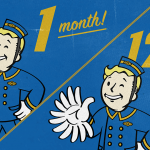 You are reading
Opinion: Bethesda Is In A Sinking Ship

Bethesda has been having a rather rough couple of years. In fact, we could make the argument that this entire generation has been mediocre for them. Very few of their releases in the PS4/Xbox One console generation have lived up to the product quality they tout, launching just good to average games with little lasting power. All of this culminated in the failed launch of Fallout 76, which spawned fan outcries, yet even those aren’t enough for the studio to get their head on straight. While Bethesda has been doing what they can for Wolfenstein and Doom, it’s their most popular franchises that are suffering.

It Began With Fallout 4

While Fallout 4 initially released in 2015 with favorable praise, players eventually peeled back the layers to unveil a hollow and unsatisfying Fallout experience. In comparison to the game-changing Fallout 3 and Obsidian’s stellar Fallout: New Vegas, Fallout 4 was just… there. The strong gunplay had appeal, but the RPG mechanics the series is known for were severely lacking. The dialogue choices didn’t mirror the response the character gave and the base-building mechanic simply wasn’t fun. Instead of taking a step forward in the series, Fallout 4 was just more of the same, but done less interesting.

On top of this, the game released technically inadequate for release. Bugs and glitches, some even game-breaking, were too frequent to ignore. There are even compilation videos of the bugs in Fallout 4. It is unacceptable for titles to be released in such a broken state in this day and age.

Bethesda’s second cash cow, The Elder Scrolls franchise, has been riding on their MMO The Elder Scrolls Online (ESO) for the entirety of this generation as well as rereleasing Skyrim on, well everything. ESO was an experiment that started out poorly and has gradually gotten better, but it’s far from the quality Skyrim had. With no announcements on when we’ll see The Elder Scrolls VI  the series is the last thing anyone is thinking about. This ambiguous state of the franchise is a bit jarring, especially considering how Skyrim dominated headlines not so long ago.

Fast forward to 2018 and Bethesda’s sharp descent in the public eye- the launch of Fallout 76, Bethesda’s play on a Fallout-style MMO. It was clear Bethesda did not learn their lessons from the Fallout 4 and ESO mistakes. The game released buggy and soulless- a pale imitation of what made Fallout great. “Release now, fix later” has become the game’s tagline since its release. Let’s also not forget the the game’s recent canvas bag controversy, leaving the Fallout 76’s reputation in an even worse state than when it started.

However, hardcore Fallout fans will tell you the game has gotten better with smoother gameplay and patch fixes. This, coupled with the game’s Wastelanders expansion teased at E3 2019 set to add content players have been asking for, seemed like things were looking up for Fallout 76. 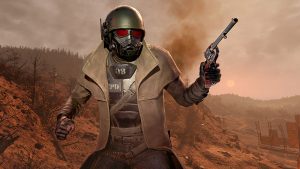 Bethesda has acknowledged Fallout 76’s shortcomings and promised to do right by the community. However, those fixes have been delayed until at least March 2020. Taking its place is not what people expected, let alone what the community wanted. Introducing Fallout 1st, Bethesda’s subscription-based model for Fallout 76.

For the price of $12.99 per month or $99 per year, Fallout 76 players will have exclusive quality features and content unavailable to the fans who paid $60 for the game day one (for comparison, ESO has a “Plus” membership that’s $14.99 per month or a $11.67 per month deal if you buy a year along with microtransactions for in-game currency). Subscribers will have access to private servers, unlimited storage capacity for crafting materials named Scrapbox, a tent to be treated as a placeable fast travel point, the Ranger armor outfit, icons and emotes, and a monthly allowance of 1,605 Atoms for the Atomic Shop. Rather than doing right thing to players who stuck around, Bethesda instead is introducing another way to take their money. It’s tone-deaf, baffling, irresponsible, greedy, and just plain wrong. It’s a hard fall from grace, Bethesda.

The subscription service is so controversial that Fallout 76 players are having a full-out civil war. Reddit posts are saying non-payers are targeting paid players in the game, forcing paid players to band together. Additionally, Bethesda didn’t create a domain under “falloutfirst,” leading an angry and hilarious fan to grab it and create a spoof site.

And yes, even refunds are being issued.

Winning fans back won’t be easy

Like Blizzard, Bethesda has a steep hill to climb to win the graces of their fans back. Their desire to keep Fallout 76 profitable is understandable, but their actions paint a bleak picture. Their prominent reputation as a game developer and publisher is quickly waning. While Bethesda is leaving the PS4/Xbox One era in bad tastes, their reputation hasn’t completely tanked yet. Doom Eternal is getting preview praise, though it has now been delayed until March 2020. It may just join the generally favored Wolfenstein games at the top of Bethesda’s docket. On the horizon for Bethesda is their little-known new sci-fi RPG Starfield and The Elder Scrolls VI. Both games are set to catch a lot of eyes as the next-gen consoles roll in.

On top of anticipating releases, Bethesda needs to keep in mind one thing: respect your fans. Gamers can forgive, but they won’t forget. They’ll especially never forget the day a developer leaves a broken game to be broken forever. Trust is a fickle thing, and Bethesda lost a lot of it with Fallout 1st. Hope for the studio isn’t in the present though, it’s in the future. Bethesda’s next gen titles will always be highly anticipated, but the scrutiny of the community will be upon them like never before. So when it comes to new releases, Bethesda, don’t ship a game that isn’t polished.