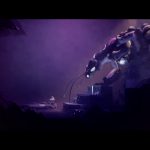 You are reading
Dreams Review: If You Can Dream It You Can Achieve It

Dreams was originally revealed by Media Molecule all the way back in 2013. Now just over 7 years later the game was released on PlayStation 4. Dreams is one of the most ambitious games made by Media Molecule. While the premise of creating your own games, and playing other games created by other players is not new. Games such as Roblox have been doing this for years at this point. However, the level of depth and tools in Dreams are unrivaled, particularly on a gaming console. While it is innovative and ambitious, the question remains. Is it a good game?

Disclaimer: Dreams is a very unique title and I will be focusing this review on two different perspectives. The first being how user-friendly and easy it is to use in-game creative tools. Then also from the perspective of someone who is just playing other users’ levels. 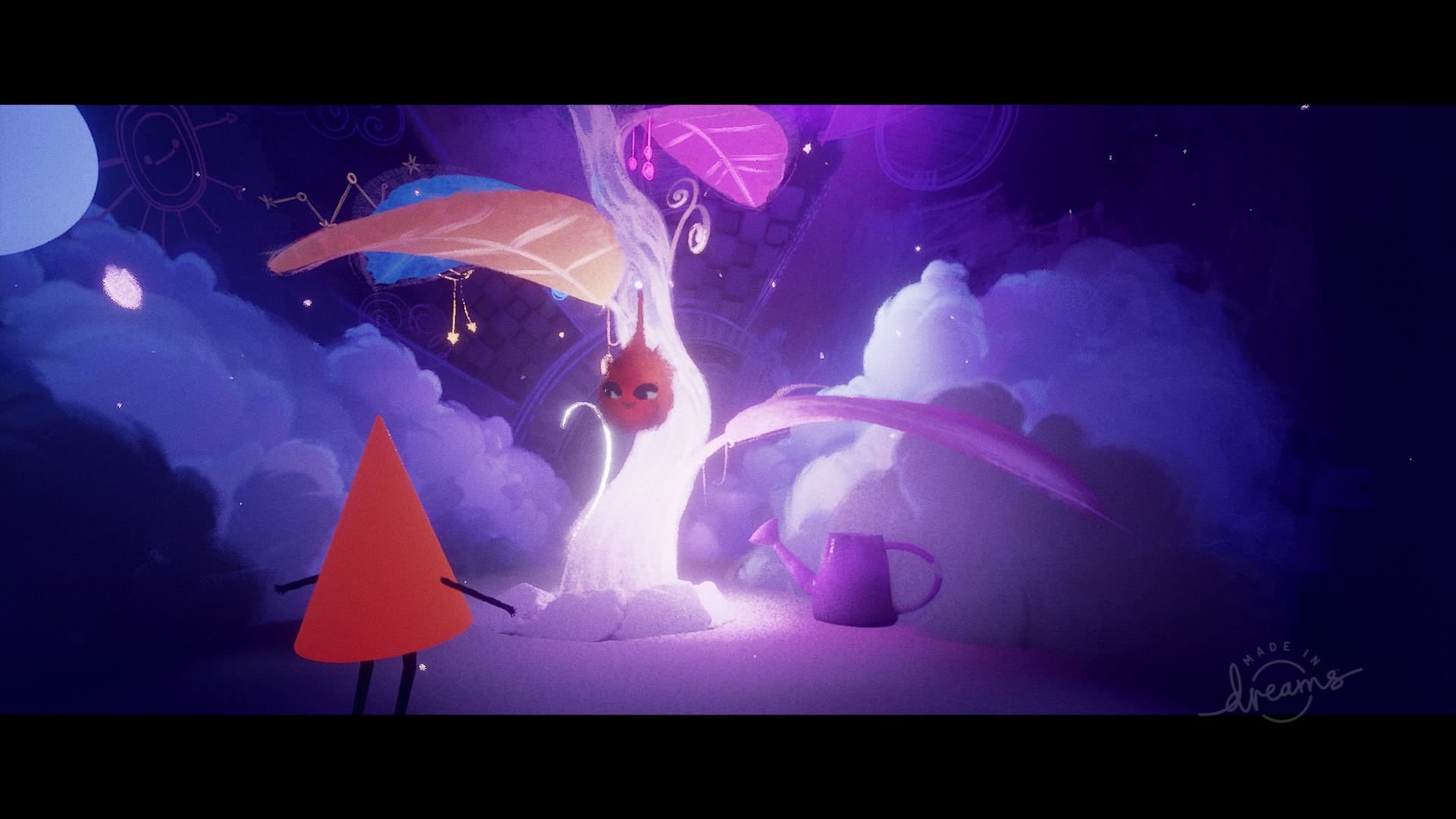 When I originally started playing Dreams I had very little knowledge of how an actual game engine worked. While Dreams simplifies and doesn’t require to code it gives players a glimpse at how much goes into a level. The sheer variety of tools and menus can be simply overwhelming at first. From sound design, art design, automation, animation and much more. At the start, it felt like a lot to take in. However, this quickly became manageable thanks to the built-in tutorial videos and walkthroughs created by Media Molecule. These tutorials can teach anything from the fundamental basics of creating a basic platformer. All the way to creating a fully animated concert with your own self created music.

You can use a couple of different inputs to create levels within Dreams. The DS4 can operate as a creation tool with built-in motion controls, which are relatively seamless. With only a few hiccups in my 20+ hours with the game, it took some getting used to. However, the overall experience was good and smooth. If you own PlayStation Move controllers due to having a PSVR, they can be used to create within the game as well. With motion controls being the primary use for the PS Move controllers, it would be safe to assume they might be more user-friendly. My only wish was that mouse and keyboard were supported in Dreams. The speed in which you would be able to create with a mouse and keyboard would be significantly faster.

There is an almost endless amount of various creations you can play within Dreams. From something as basic as a platformer, all the way to a fast-paced FPS. One major benefit that Dreams has certainly benefited from was its early access period. This allowed people who were super curious about the game to get hands-on early. This meant that when Dreams launched it already had a host of user-created content. This with the addition of Media Molecules own created experiences such as Art’s Dream. Even if you aren’t interested in creating within the game there is plenty of games and experiences to dive in to. In my time exploring the game, I played some crazy recreations. Such as the Silent Hills P.T Demo, the Dead Space experience and a 3d Sonic game that was super addictive.

The beauty in Dreams is that the ceiling of what people can create is only just beginning. The more time people spend creating within the game, the more tricks and ideas will come to light. It will be very interesting to see what the community creates in the upcoming years. The ability to search through and find creations completely tooled to what you are interested in is seamless. I quite often found myself playing one game, then going to a recommended game after that. It becomes very easy to lose a few hours in marveling at people’s creations within the game. Whether you are a creative type or just a player. There is certainly a lot of fun to be had within Dreams. 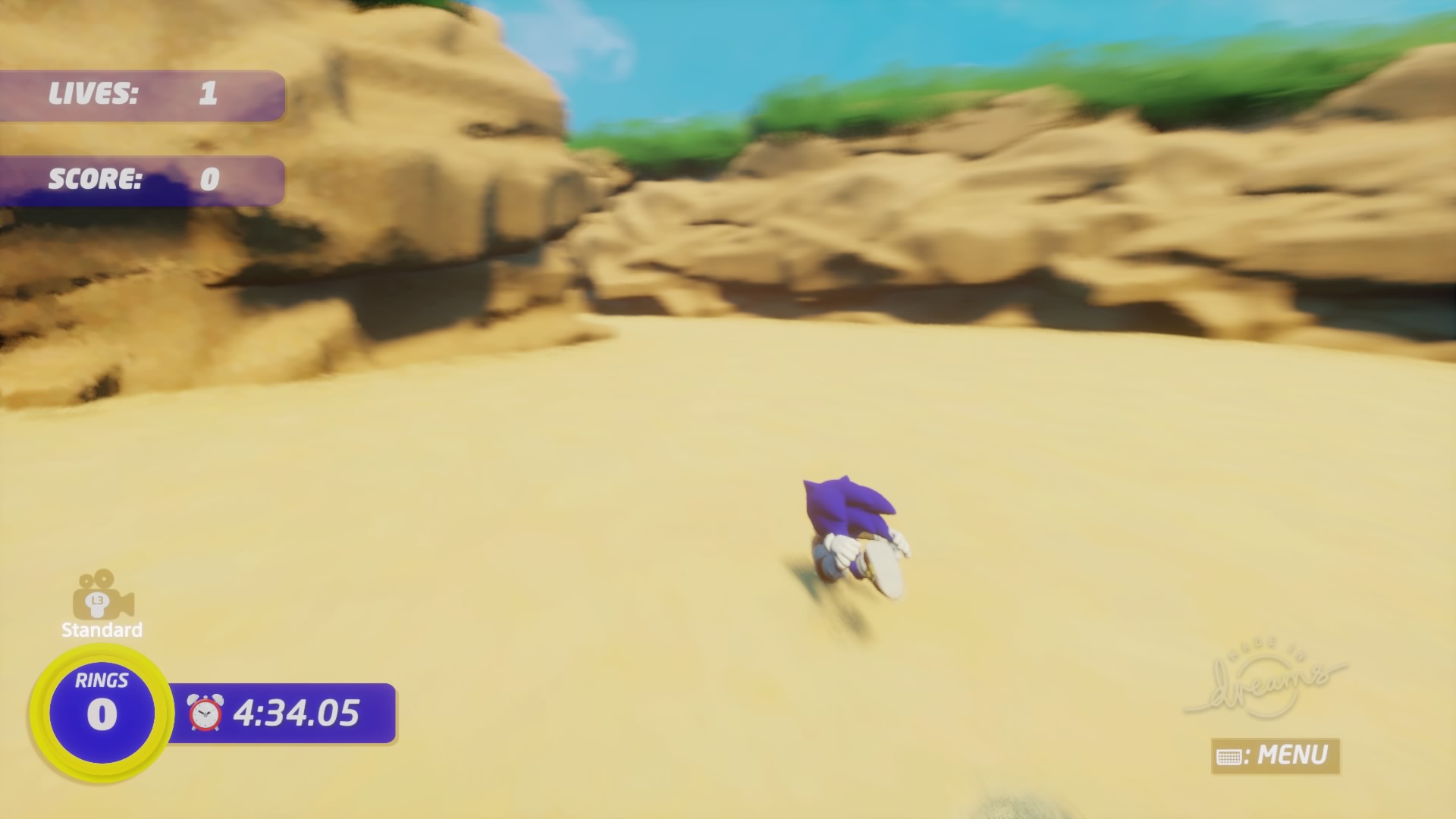 We can all remember the E3 2018 trailer for Dreams showing off the fully in-game concert. This is truly possible to achieve within the game. The tutorials in music and sound creation are in-depth and do a fantastic job of explaining how it works. The amount of depth to the music and sound design in Dreams is bottomless. However, a basic knowledge of music can be a huge asset early on. Adding sounds to your creations is one of the most fun aspects of Dreams, it really made me appreciate how important music and sound is to the overall atmosphere. Being able to manipulate the sounds of water, from making a small stream trickle to gushing rapids. Expanding the range at which players can hear effects, and adding ambient background noise. I spent more time remixing other people’s creations adding sound and music than anything else.

The music within Dreams is such a huge part of the main campaign Art’s Dream. Featuring a wide variety of Jazz, and hip-hop inspired numbers throughout the campaign. They were brilliant musical numbers and added so much personality to the story. Some of the musical numbers even tied in with game mechanics, I found myself quite frequently bumping my head to the songs, some were hilariously catchy. To say that Dreams oozes charm is an understatement, it’s so unapologetically British. The humor within the music is dry, and as someone who grew up on Fawlty Towers and Monty Python, it’s brilliant. The musical comedy feels like a lost art form in a lot of ways, and this game gave me a quick gut-punch of it. It honestly leaves me hoping that Media Molecule will continue to add their own creations to Dreams going forward. Especially if they go in this direction going forward. 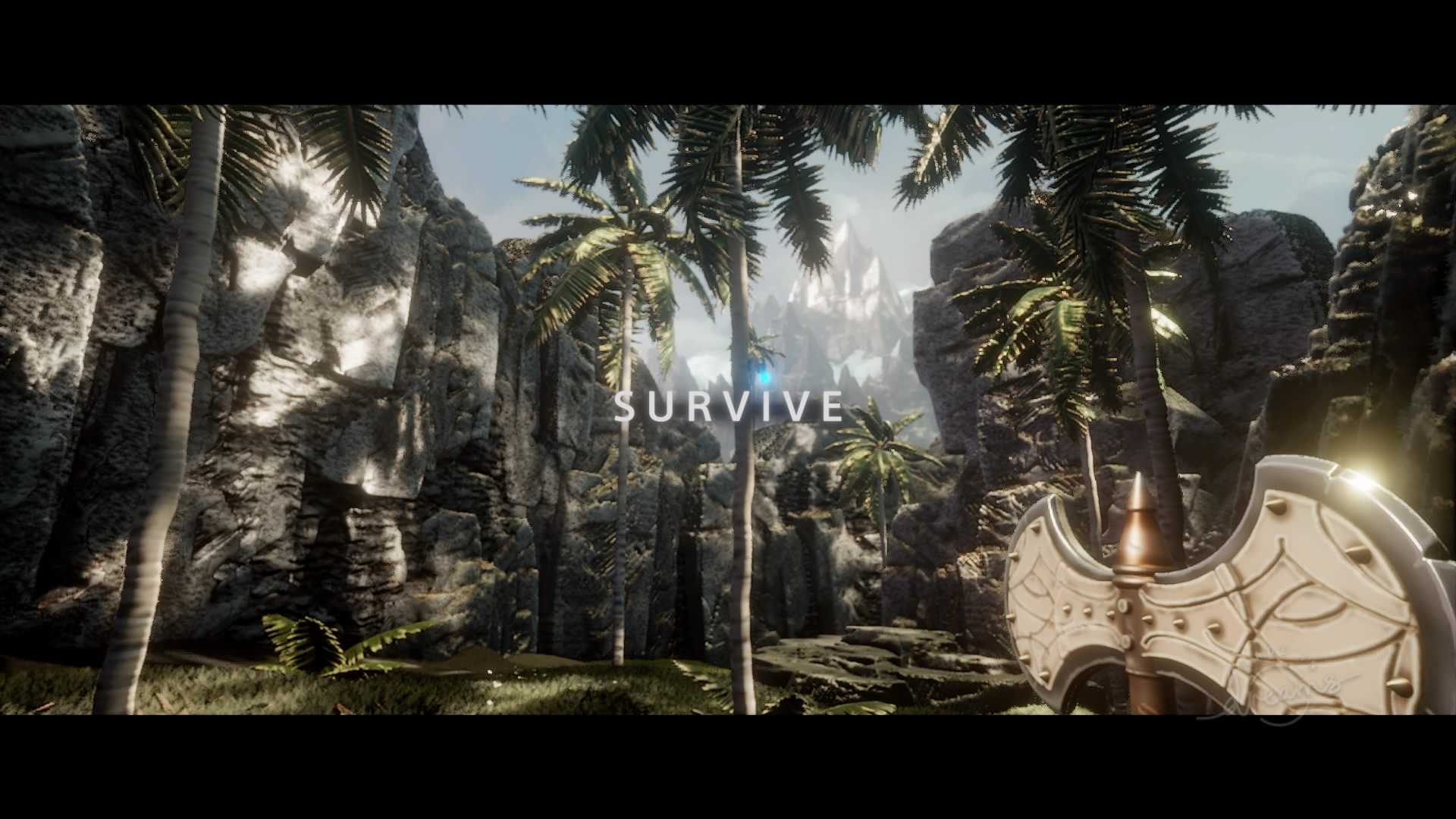 Art and sculpting tools within the Dreams creator toolbar really do seem to have no limits. Some of the most beautiful creations in Dreams are just paintings that people have rendered within the game. Now I know, you came here for a video game review, not listen to me gush about art. The depth of which you can create within the game are truly shown by the wide range of creations that reside within the game. From a first-person Skyrimesque RPG game, all the way to a 3D Sonic adventure. No, I still will not let go of the fact that someone in Dreams made a more serviceable 3D Sonic game then we have gotten in a decade.

While there is a high learning curve to crafting your own masterpieces, it seems relatively user-friendly and intuitive. Even with the most basic creations that I worked on, they always seemed to have a certain style to them. It ended up with me leaving each level I created feeling like, even if the animations weren’t flawless. I still had created something cool and unique.

98% of the games whether they are third-person action games, platformers or FPS shooters all share a very common denominator. Cute and colorful. While there are a few noir style games within Dreams, an overwhelming majority of them share a cartoony charm. This works to the game’s advantage, as the art design really seems to shine in this regard. Bright color pallets can really draw a player in, nothing feels flat in design. How immersive some of the creations within Dreams felt, were jawdropping I really lost myself in some of these worlds. From simply the nostalgia of a colorful 3D platformer that takes me back to the days of Mario 64. While playing modern style games such as shooters making me take a different look at how these games are designed. It is simply just difficult to put into words the amount of charm that Dreams has. 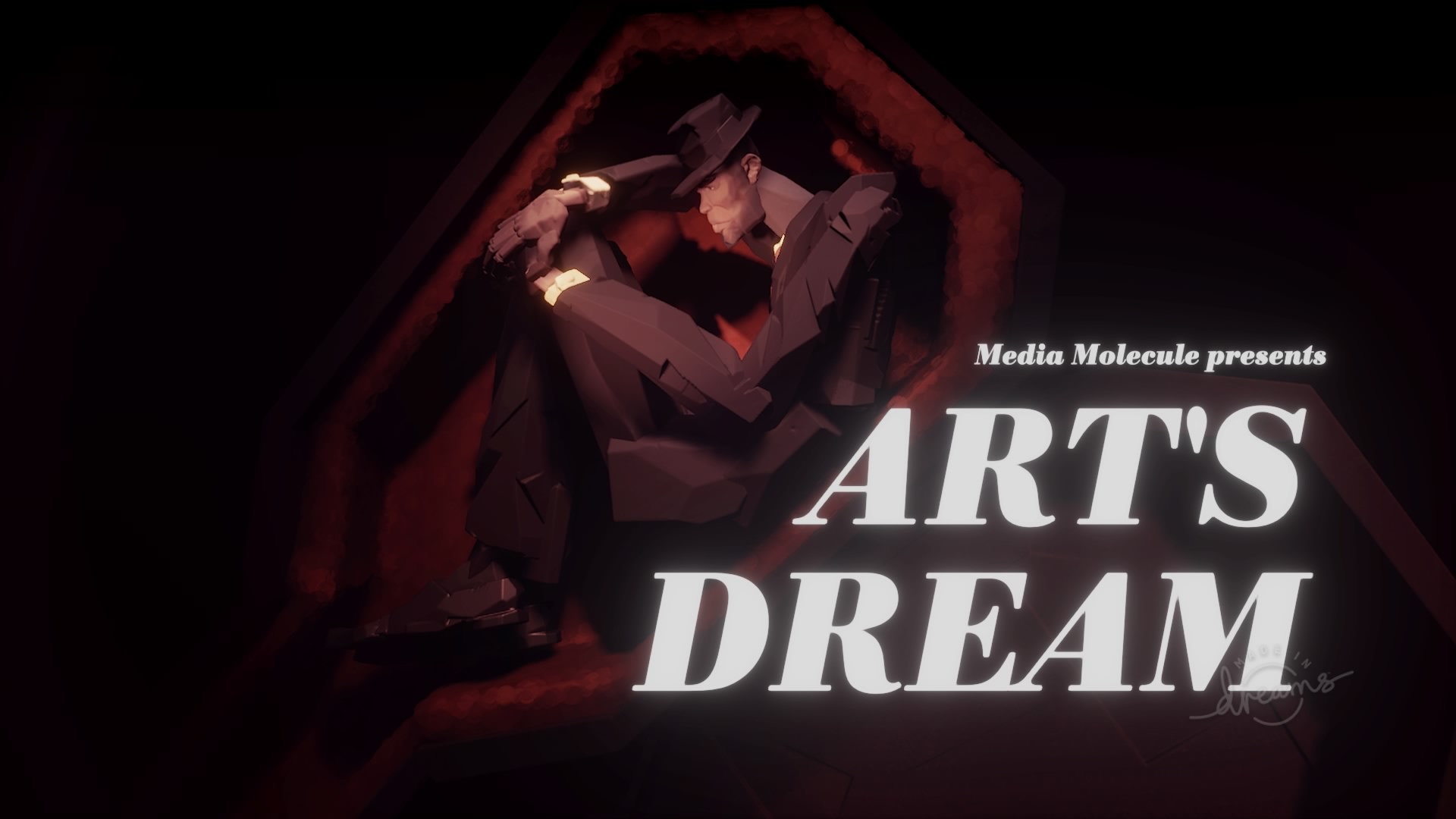 The main campaign of Dreams is Art’s Dream. You step into the shoes of Art, a depressed jazz musician who recently had a falling out with his band. He begins to think back to his childhood and the dreams he used to have. The experiences overarching plot of creativity and growth are one and the same, and that we become stagnate if we don’t grow as we create. The adventures that Art has in his flashbacks showcase the wide genres of games you can play and create within Dreams. Art’s battle with depression and self-doubt is something many of us struggle with. This made the overall campaign very relatable and made me think back to Concrete Genie. These smaller games and their takes on mental illness and bullying are breath of fresh air in storytelling.

When tackling topics like depression, and mental health it can be a very delicate balance. Art’s Dream does a fantastic job of portraying the ups and downs that come with depression. Art’s escaping into his past to find happiness is something many of us are guilty of doing. It is so much easier to fall back to better times, then face the challenges and adversity in front of us. While you can play Dreams without ever touching this campaign, I would highly recommend checking it out, as its a quick 2 to 3-hour experience and really struck a chord with me personally.

Dreams is truly one of a kind experience. This is Media Molecules’ most ambitious game bar none. With almost 8 years of passion and hard work put into this game it clearly shows. The depth of creation found within the game cannot be found anywhere else in the console space. No matter your passion, to create or your passion to play, Dreams has a little bit of something for everyone.