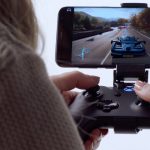 For the past few month’s Project Xcloud has slowly but surely been released to more and more people. While the rollout has been very gradual, there is one specific user base that was left behind. Apple product users have been not able to participate in the testing for Project Xcloud as iOs devices were not supported. That changed today, Major Nelson took to Twitter today to announce that Apple users will be able to apply to be part of the Project xCloud iOS TestFlight preview. However, this is a very limited preview as at this time there will only be 10,000 people allowed to join this preview at this time. Below are some quick facts and info about what you will need to know about the iOS TestFlight.

Have you been participating in the Project xCloud TestFlights? Let us know your thoughts and experiences in the comments below and don’t forget to check back for the latest gaming news and information.