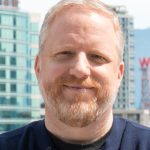 You are reading
Rod Fergusson Announces His Departure From The Coalition

If you are a fan of the Gears of War franchise, then you are likely familiar with Rod Fergusson. Fergusson cut his teeth on memorable franchises such as Lost Planet, Gears of War, Unreal Tournament. He was one of the key factors in Bioshock Infinite shipping in a timely fashion after his arrival. His attention to detail and ability to get projects on track and out the door is legendary. Today, he announced that he will be moving on from the Xbox owned studio the Coalition. In a tweet expressing his love for working on the Gears of War franchise for 15 years, but that it was time for him to move on. Unlike when other industry figures such as Shawn Layden left PlayStation, we don’t need to guess where Fergusson will end up. He clarified that he will be joining Blizzard in March to work on the upcoming Diablo title.

Starting in March, I will join Blizzard to oversee the Diablo franchise. Leaving is bittersweet as I love our Gears family, the fans, and everyone at The Coalition and Xbox. Thank you, it has been an honor and a privilege to work with you all. pic.twitter.com/0FuO3RFYSQ

Fergusson is not the only former Xbox employee to leave for Blizzard. Only just a few months back Mike Ybarra left his long-held position at Xbox to join Blizzard as their executive VP and General manager. Due to their prior working relationship, this seems like it could be a good fit to get Blizzard back on track after a year of missteps. Personally, I appreciate the work Fergusson has put into the Gears of War franchise and I look forward to seeing what Diablo will shape up under this watch.