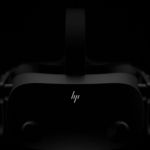 VR has been quite the topic over the past few weeks with Half-Life: Alyx being on the minds of many consumers. Many are scrambling to find a VR headset in order to play this title. That’s why a new piece of technology coming from HP might be of interest to many. HP has announced a next-generation version of its Reverb VR headset. This headset will be made in partnership with Microsoft and is SteamVR compatible. HP released a short video teasing an announcement coming soon of more information in relation to the headset. With the VR market continuing to grow at a rapid rate, and with genre-defining software like Half-Life: Alyx. It makes sense that HP would take the next step with their VR hardware. As technology continues to advance rapidly it will be interesting to see how VR headsets generationally evolve. With rumors of a PSVR 2 circulating frequently, it seems like the next wave of headsets will be upon us very soon. We will definitly be keeping a close eye for any new information in regards to this upcoming headset.

Are you interested in the next generation HP VR headset? Let us know in the comments and don’t forget to check back for the latest gaming news and information.