Dark Souls is a game that is notorious for its punishing difficulty. Its ‘tough but fair’ doctrine is as infamous as its ‘You Died’ catch phrase. The game is riddled with obtuse systems that have made it a treasure trove for streamers, data miners, and hackers. One of the most popular members of the Dark Souls community goes by the handle, Illusory Wall, a reference to the hidden passages in the series. Illusory Wall is notorious for exploring every nook and cranny of the Souls games. This includes a video with almost 300,000 views about a literal closed door. His explorations into the under the hood mechanics of the games have led him to the ultimate challenge. 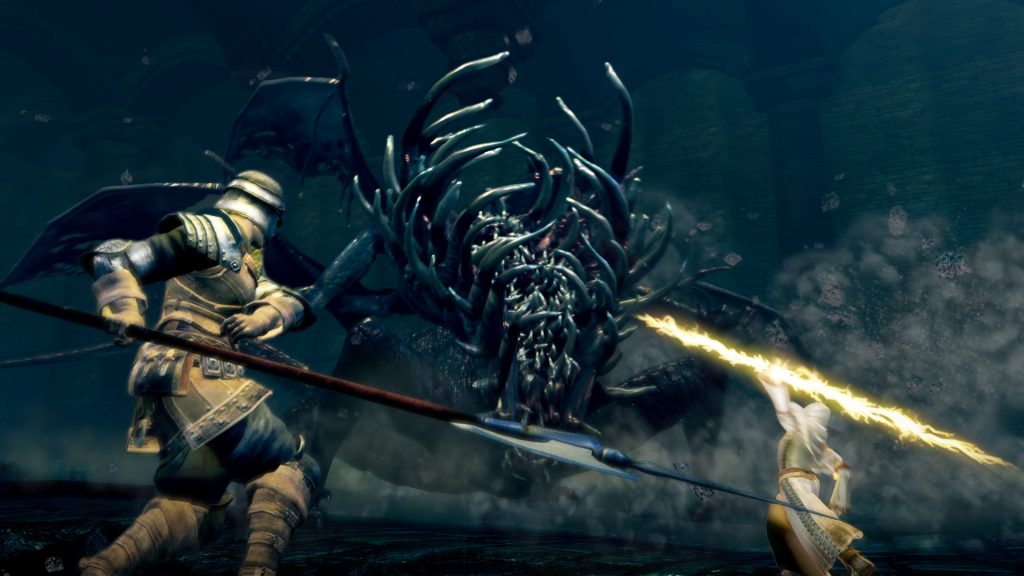 Now, when the phrase ‘ultimate challenge’ is thrown around, it doesn’t come lightly. After all, this is a series that has inspired some fairly epic challenge runs. Two years ago, The Happy Hob completed a run of Dark Souls 1, 2, and 3 without being hit. Speedruns have been performed using only the starting weapon and some using only fists. However, this run is something different. Using the debug code, Illusory Wall has managed to deactivate the map itself. This leaves behind enemies, bonfires, and not much else. With the map turned off, his challenge is now to beat the entire game. He isn’t using any kind of additional map or software, just his intimate knowledge of the game. Considering one wrong step is instant death, it’s a challenge unique in its degree of difficulty in that his memory is being tested as much as his skill.

So far, he has completed three videos and managed to defeat the first two major bosses and ring the bell at the top of the Undead Parish. It is well worth a watch even if Dark Souls is not your cup of tea for the sheer brazenness of the effort. We will keep following along and if he gets to the end of the game, we will report on it here.