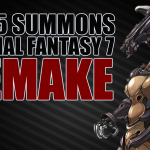 Summons in a Final Fantasy game is a lot like peanut butter and jelly – they just go together. Among all of the cool abilities and spells you can do, the summons was always a spectacle that you had to see to believe.

With Final Fantasy VII Remake hitting shelves soon, we’ve seen a bit of how summons will be treated in the game. As of now, a handful from the original will be making their return (Ifrit, Shiva, Leviathan, and Choco/Mog) while a few new ones will be making their debut (Cactuar, Chocobo Chick, and Carbuncle). But, what about the rest of the summons? Here are the top five summons that need to be in Final Fantasy VII Remake. While we don’t expect these summons to make it into FFVII Remake Part 1, we hope they get introduced in future games.

One of the most visually-appealings summons in the entire series obviously features the ancient dragon Bahamut. In FF7, we get three versions of him: Bahamut, Neo Bahamut, and Bahamut Zero. His special attack is always Mega Flare, or some variation, that unleashes an ultra-destructive beam Godzilla-style.

Whether he wreaks havoc on Earth or in space, very few can survive the attack. Since Final Fantasy VII Remake is pure eye-candy, seeing Bahamut fight alongside your party will be unreal. Activate Bahamut’s finisher move, and it’s game over for enemies on the screen. For an idea of what an HD Bahamut could look like, check out the Final Fantasy XIV opening at 2:34:

From the crevices of myth, a creature shall rise as beautiful as the dancing flame, as strong as the fire in its eyes. As a personal favorite, the Phoenix summon is iconic in the FF series that has served two purposes: reviving/healing and damage. Final Fantasy VII has the mythical bird focus on damage dealing, so can we expect a similar version in the Remake?

With some drastic changes already being made in the Remake, it wouldn’t be too out of left field for Phoenix to focus on regenerative healing or reviving. In fact, it can make builds more strategic if you’re having trouble with a boss.

When you have Shiva and Ifrit, there’s a high chance Ramuh will be there to complete the traditional trilogy of Final Fantasy summons. It may not be the favorite or even all that great to look out, but it’s a classic. Ramuh is the epitome of the fantasy trope: an old bald wizard with an all-powerful staff. 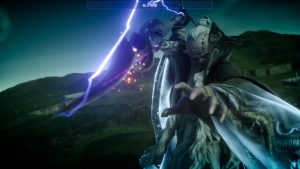 Final Fantasy XV set a high bar with summoning the majesty and devastating force of Ramuh as seen above. For Remake, he doesn’t need to be gigantic, but he’ll need to at least be better than his cinematic in the original game.

For the FFVII Remake, Hades may get nerfed since turning bosses into frogs would be quite overpowered. However, let’s hope they keep his awesome intro cinematic that is just too good to not have.

1. Knights of the Round

Now, having thirteen knights plus three party members on the screen at once can definitely push the limit of a stable framerate. At the same time, having everyone attack the enemy at once would be a jumbled mess. So for Remake, recreating the iconic minute-long sequence with the graphic fidelity the game is pushing for would be amazing enough. There’s no way FFVII Remake can skip out on this one.