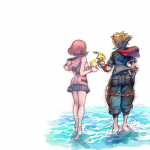 Kingdom Hearts III‘s first and only DLC Re Mind finally released on PS4 late January. The main appeal to it is the director’s cut-like expansion to the finale of the base game as well as fourteen (super) challenging boss fights. Along with a creative photo mode and an impressive amount of replayability, is KH3 Re Mind worth the $30 price tag? Honestly, it depends who you ask, so let’s break down what the DLC offers. 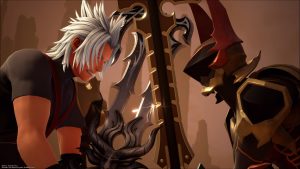 Before we get into the content in Re Mind, it helps to quickly explain what KH3’s patch 1.07 brings. Patch 1.07 is the free update released simultaneously with Re Mind that included a visual upgrade to certain cutscenes, two new keyblades and a vast improvement to the game’s combat. Without getting too specific, the game plays much, much better than what was offered at launch. From the start, two things are immediately noticeable: Sora’s action moves are faster and he doesn’t need to touch the ground to start a new air combo. To put it simply, the updated combat is a sped up version of Kingdom Hearts II and it’s incredibly fun. 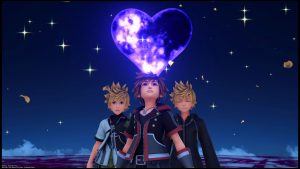 The visual enhancement to cutscenes particularly affected the final third of the game when the keyblade war takes place. While I didn’t expect an overhaul on the story’s order of events, it’s still the main complaint I have for Kingdom Hearts III. Frozen’s world is still a slog to get through; the Winnie the Pooh section is essentially a bland mini-game; and pivotal plot points happen in the game’s final four to five hours. It felt like Sora, Donald and Goofy were following a trail of tiny breadcrumbs for 25+ hours to then getting force fed with loafs of bread by the end.

In vanilla KH3, Kairi got the short end of the stick in terms of character growth and great moments. Her potential for relevancy was sitting on a silver platter, and it was wasted. Lastly, the initial ending felt like it had no weight. As a fan of the series since the very beginning, I was angry that I felt disappointed and empty when credits rolled. I was upset that I could say the ending to Kingdom Hearts II was more conclusive than Kingdom Hearts III.

Re Mind changed my feelings on my complaints almost completely. Pacing issues aside, the additions to the finale of Kingdom Hearts III was the closure I wanted as a longtime fan. The entire finale is now more grand by giving players the option to control different characters in certain fights. After Roxas’ epic return, all you want to do is play as him and kick some Organization XIII butt. The DLC now gives you that option, and not only for Roxas, but for Riku, Aqua, and best of all, Kairi. Yes, Kairi got more time to shine and I couldn’t be happier.

Scala ad Caelum is no longer just a battle arena, but an explorable, albeit small, world that’s more fleshed out gameplay-wise. Finally, small adjustments were made to the ending cutscene that were just enough to fill the empty space I had from before. At last, it was the ending that felt earned and not rushed. 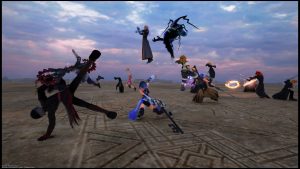 Completing Re Mind grants you Limit Cut, a short epilogue to the main game. It’s here where the Final Fantasy characters serve an incredibly small role, but one that leads to the game’s thirteen super bosses. This in-game data arena houses Kingdom Hearts III‘s, and possibly the entire series’, hardest foes. Sora faces off against the real Organization XIII members solo with all of them being reworked/enhanced from their previous versions. These aren’t simple boss fights either. You’ll need to study attack patterns and take advantage of openings to ensure victory. For instance, Xemnas is a lot more aggressive and carries over attacks from his KH2 counterpart. That final battle in Kingdom Hearts II happens to be my favorite in the series, so to see it redone for KH3 was insanely cool. Just be sure to bring your A game.

For those on Critical difficulty, the thirteen bosses will truly test your skills. While a few were more frustrating than fun, I was incredibly satisfied with whole gambit. Perhaps even more so than the Data Battles in Kingdom Hearts II. After completing Limit Cut, a Secret Episode unlocks that’s unsurprisingly cryptic. At the same time, it can leave fans excited for where the franchise is going next. The Secret Episode also comes with a brand new boss, which is may be the hardest fight in the series. As of writing this, I have not defeated the boss yet since I’m still learning the nuances of the fight. Once I get the specifics down, victory will be in reach. And without using the reviving Kupo coins.

The DLC comes with an extensive and fun photo mode called Data Greeting. In Data Greeting, players can choose a location, objects and even characters for creative photo ops. After capturing some awesome pics, take them into the game’s slideshow feature and share your creation online. For additional challenge, Pro Codes can be accessed before starting a new game that allows one to turn on/off specific gameplay features. So not only can hardcore players go for their Level 1 Critical playthrough, but they can also turn off form changing, food buffs and more. If you’re looking for an easy, breezy playthrough, the game gives you the option for that too. 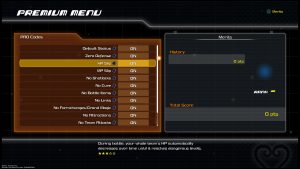 Is KH3 Re Mind worth the price of admission? 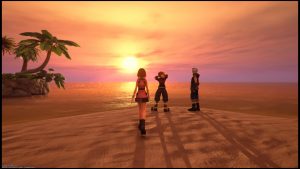 With KH3 Re Mind and Limit Cut finished, I’ve clocked in close to 20 hours of playtime. Thanks to combat improvements, I’m looking forward to doing multiple playthroughs with the Pro Code settings. Of course, recreating iconic Kingdom Hearts moments in Data Greeting will be fun to do for hours on end. As a fan looking for more, Re Mind provided it in full even if the first half felt like a glorified director’s cut. For those satisfied with KH3 and are not into boss rushes, the DLC may not be what you’re looking for.