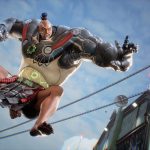 Bleeding Edge is Ninja Theory’s multiplayer team arena battle game that recently launched on PC and Xbox One. The game combines frantic melee combat with a heavy focus on teamwork to complete objective-based game modes. How would you feel if you found out that you could take this multiplayer experience on the go with you? Then today might just be your lucky day.

Today #BleedingEdge joins the #ProjectxCloud preview on Android! 🎊 TEAM UP and CAUSE CHAOS on your mobile devices via the CLOUD! ☁️🎮

Will you be trying out Bleeding Edge on Project Xcloud? Let us know in the comments and don’t forget to check back for the latest gaming news and information.