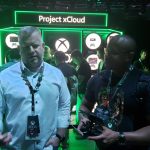 Welcome to another new episode of The Iron Lord Podcast. On today’s show, the Lords are joined by very special guest Bill Stillwell of the Microsoft Mixed Reality Team. The Lords discuss his recent move to Hololens and VR/AR; the progress of Project xCloud; Xbox Series X backward compatibility; and the latest Nintendo Direct. ILP 151 is in the books!

23:30– @LordCognito is up with “Lordly Introductions” for this week’s esteemed guest, friend to the realm & new member of the #Hololens team, Lord Bill Stillwell (@wcstillwell) !

44:00– The Lords catch up with Lord Stillwell since ILP32 and dive into some of his untouched gaming history!

01:01:20– Lord Stillwell discusses his recent move from Xcloud to his new role with the #Hololens team!

01:38:45– The Lords ask Lord Stillwell about the current state of #XCloud prior to his exit and what he predicts for the service going forward!

02:02:05– Bill Stillwell discusses his time working on Xbox Backwards Compatibility and his predictions on the initiative moving forward! Lord Stillwell also takes some questions from the roundtable!

02:47:50– The Lords discuss the new #NintendoDirect that released this past week!

03:19:33– The new question for the Official #ILP Twitter Poll is going up for the week!