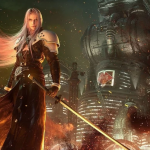 You are reading
Video Game Release Schedule for April 2020

STAAAAAAARRRSSSSSS!! While March brought the heat, April is about to bring the flames and then some. Here is your video game release schedule for April 2020.
Starting out the month is the remake of survival horror classic Resident Evil 3. Mr. X from RE2 had players jumping in their seat, but Nemesis?… Just make sure you’re wearing your brown pants when playing RE3. Next up is the long-awaited and highly-anticipated remake of one of the most beloved video games – Final Fantasy VII Remake. Framed as a reimagining of the original, FFVII Remake is the first part of the remake project said to add a ton of more story, events and things to do.

The rest of April sees Gears Tactics, a fresh take on the popular Xbox franchise, and lots more. See below for the full schedule:

What will you pick up in April? Let us know in the comments! Check back to Lordsofgaming.net for our reviews of Resident Evil 3 and Final Fantasy VII Remake.