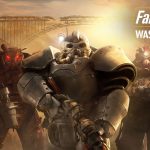 In a few weeks, there will be a massive change coming to Fallout 76. Not only will the game be coming to Steam. The highly anticipated Wastelanders update launches. On April 14th, 2020, the massive update will bring NPC’s, new quests monsters and much more.  This has been a highly anticipated update by the community at large. As it will bring a lot of people’s complaints with the game to rest. It has been a long road for Fallout 76 but Bethesda’s dedication to fixing the game is admirable. Ahead of this update, Bethesda apparently wants to show a little love to the community. It was teased during April Fools that a triple XP weekend would be coming to Fallout 76. Due to the day in which they chose to talk about this many fans didn’t hold much weight to it.

Today, via the official Fallout Twitter account, it was announced that triple XP is live in Fallout 76. The game will be coming to Steam officially on April 14th, 2020 at the same time as the Wastelanders update. It was announced in a blog post that if you link your Bethesda.net account with your Steam account before April 12th. You will be able to get a copy on Steam for no charge if you already own the game on Bethesda’s storefront. After April 12th this offer will no longer be valid, so don’t hesitate, and go upgrade your copy now. We will be paying special attention to the upcoming Wastelanders update. The build-up to this update which was teased at E3 2019 is massive at this point. Here is hoping the best for Bethesda with all the pressure riding on this update.

We weren't fooling around yesterday.
Triple XP is here!
Time to gain some levels.

Will you be playing Fallout 76 this weekend or waiting until the update? Let us know in the comments and don’t forget to check back for the latest gaming news and information.