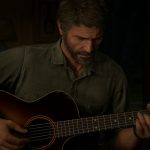 The season of delays appears to be officially upon us. Earlier this week, both Wasteland 3 and Minecraft Dungeons were delayed due to complications from COVID-19. Now, it appears that that PlayStation will also be pushing back some of its upcoming games.

Today, it was announced by the official PlayStation Twitter account that both Iron Man VR and The Last of Us Part II would be delayed indefinitely due to complications from COVID-19. Iron Man VR was slated originally to launch on May 15th, 2020 on PSVR. While The Last of Us Part II was set to launch on May 29th, 2020 on PlayStation 4. The game had already been pushed back prior, as it was originally set to release on February 21st, 2020. No one could have predicted how this virus was going to rock the economy and gaming industry to its core. The delays will certainly not stop here, as more developers and publishers begin to crunch the numbers. It will be interesting to see what other games could possibly be delayed in 2020.

Update: SIE has made the difficult decision to delay the launch of The Last of Us Part II and Marvel's Iron Man VR until further notice. Logistically, the global crisis is preventing us from providing the launch experience our players deserve.

What do you think of the latest news of delays? Let us know in the comments and don’t forget to check back for the latest gaming news and information.