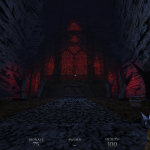 FPS (First Person Shooters) can be one of the most immersive and kinetic perspectives in which to play a video game. Viewing the world from the eyes of the character you play, is one of my all-time favorite perspectives. There have been many games that have done high-quality FPS gameplay stunningly this generation. ID Software’s reboot of Doom and Titanfall 2 instantly come to mind, in terms of fast-paced action. While developers like Arkane have created some of the most immersive worlds with games like Prey (2017). However, no one was able to scratch that old school FPS vibe that made me fall in love with the genre. That’s until I played Dusk. 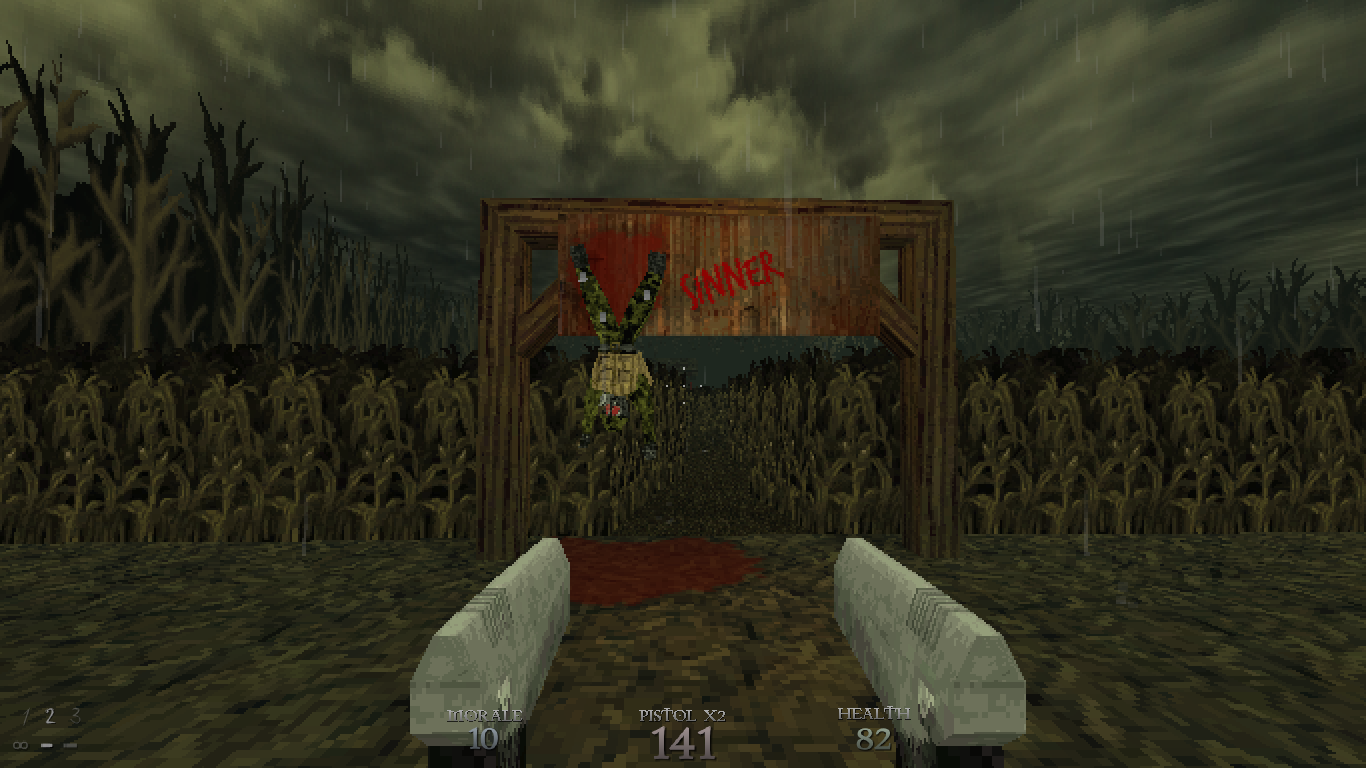 While many kids grew up on Nintendo or PlayStation, falling in love with Mario or Crash Bandicoot. I had a very different upbringing when it came to my accessibility to games. My dad played a huge role in me developing my love for PC gaming. In addition to my father, my two uncles were also huge into PC gaming during the late 90s when I was growing up. My first gaming experience was when I was 4 years old in 1997 when I played Wolfenstein 3D for the first time.

Was Wolfenstein a game that a 4-year-old should be playing? Probably not. But it introduced me to a whole world of games that would form what I loved in games. From Wolfenstein 3D, I moved onto Doom, Quake, Half-Life, Hexen, Dark Forces, and many more. FPS quickly became like home to me, it led me into playing Unreal Tournament, and Counter-Strike. The love of competitiveness in these games led me to play Halo on Xbox, in which I eventually began pursuing e-sports during the Halo 3/Halo Reach era of the games.

Now fast forward to the summer of 2019 I was in one hell of a gaming rut. There were no games that were really pulling me in. A lot of the games felt either uninteresting or were massive 100-hour experiences. I needed something that felt truly “fresh” again. I ended up browsing my Twitter feed one afternoon and saw a man by the name of Dave Oshry talking about a game called Dusk. With a ton of memes and references to throwback games, I hadn’t thought of in a long time. I threw caution to the wind opened up my Steam account and dropped $22 CAD and dived right in.

Within the first 5 minutes of booting the game up, I was in love all over again. It immediately took me back to the 90s with its aesthetic and its ability to not take itself to seriously. It was not a simple replica or a throwback to the past. Dusk managed to find a way to have low poly graphics, and still feel completely fresh and original. While combining this with some of the cleanest gameplay of any PC shooter I have played in recent years. 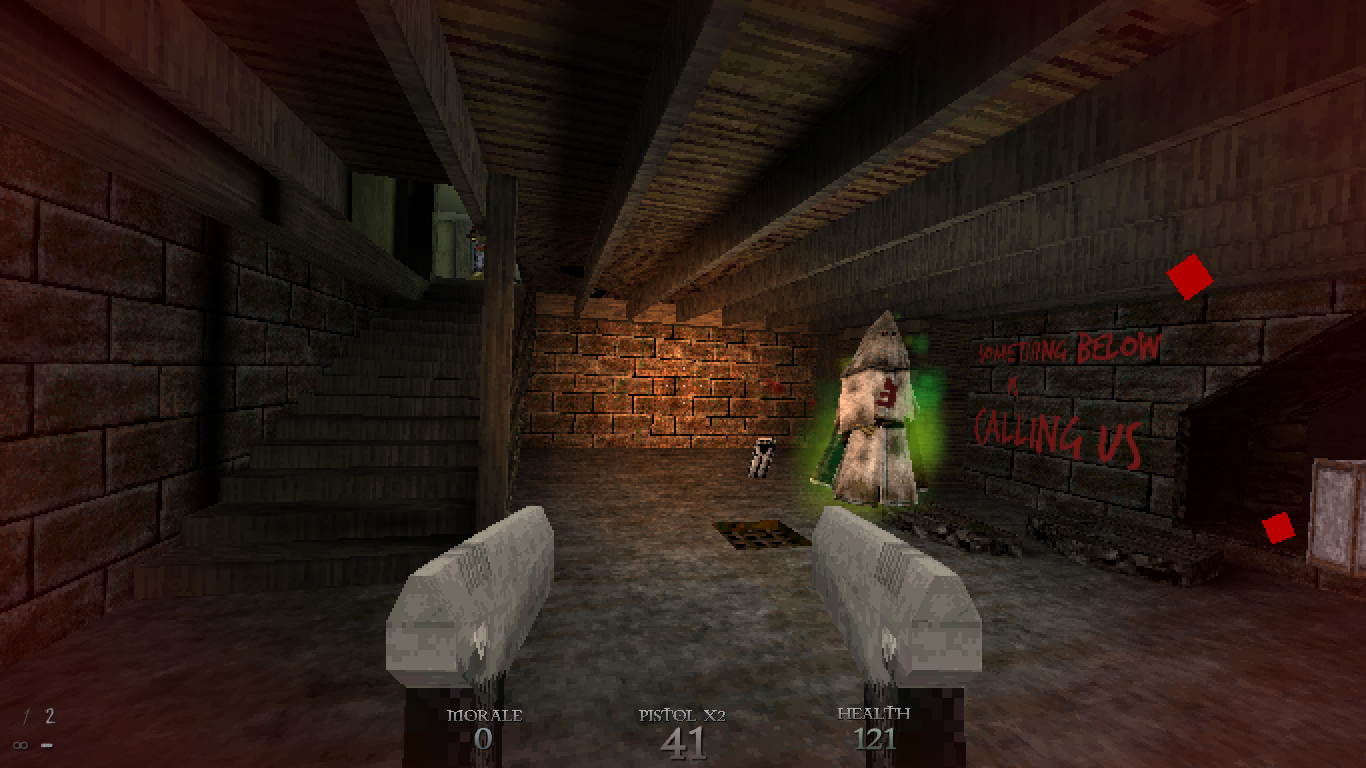 In Dusk, you play the main protagonist who is simply called “DuskDude”. Which for those not familiar with the Doom series, is a throwback to the main protagonist of that series. Who is still to this day known as “DoomGuy”. The game is set in a town called Dusk, in rural Pennsylvania. While Dusk may not be a “real” place, the levels were so genuinely designed it was easy to believe it was. From the open sprawling fields to tightly enclosed cave networks. The sheer variety of locations within the game was phenomenal.

The game throws you right to the dogs at the beginning with you being locked in a room with 3 chainsaw-wielding masked men. Who give off heavy Texas Chainsaw Massacre vibes in a big way. In the 2nd act, you begin descending into depths of a military compound filled with demonically possessed soldiers. The emphasis on the occult aspects of the game really begins to hit their stride. Act 3, which is the final act. It has some of the most bizarre but completely brilliant level designs I have seen in my many years of playing FPS.

With all this atmosphere there has to be some serious gameplay to back up this game? This is absolutely correct, Dusk may seem very “low res” to your modern gaming snob. Who is to busy counting how many pixels are within their character’s hair, then how dynamic the gameplay is. One of the best aspects of Dusk is whatever limited PC hardware you have. The game will most likely run, and run well on your PC, or laptop. I had a butter smooth experience front to back on my old laptop. Which speaks volumes to the optimization the developers put into this game. 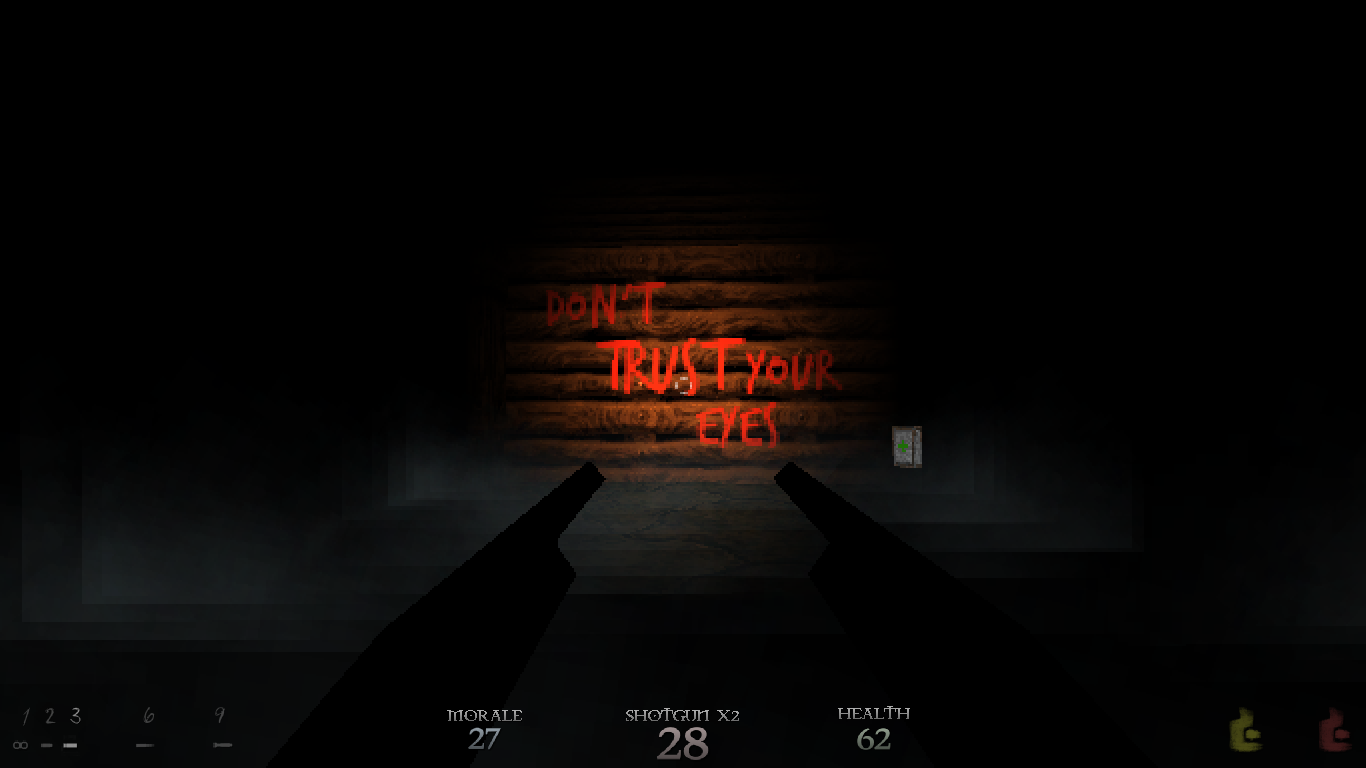 Like its predecessors, Dusk relies heavily on one of the best guns in video games. Which is, of course, the shotgun. However, they did something that sets a new precedent. For a long time, you only had the option of using the double-barrel “super shotgun” or using a single pump-action shotgun. However, in Dusk the game lets you akimbo shotguns with some of the most badass old school western gun flips I have seen in an FPS.

An added ability to pick up objects that are lying around the world adds a whole different level of fun to the game. Particularly is you use the killer bar of soap. The first time I gored an enemy by panic throwing a bar of soap at them sent me into pure hysteria. Which led to trying to complete entire levels with a simple bar of soap, to “cleanse” the world of evil. I am sorry, that joke was bad even by my standards.

A Soundtrack to Murder To

A majority of Dusks soundtrack was created by Andrew Hulshult who understands classic FPS soundtracks. With his history working on such titles as BRUTAL Doom, Quake Champions, and more. One of his tracks “Goroth” was even featured in 2020’s Doom Eternal. His understanding of dark and dynamic tones, mixed with the heavy influence of industrial metal. I felt like it took me back in time to the original Quake soundtrack. Which was created and produced by Trent Reznor, who many will know as the creative mind behind the band Nine Inch Nails.

The soundtrack for Dusk sticks with you and adds to the overall atmosphere of the game in a beautiful but scary way. The sound of tortured creatures mixed with ambient industrial tones frames each level perfectly. I hope that more developers reach out to Hulshult in the future, and with ID Softwares current separation from Mick Gordon. I find it hard to believe that he won’t be contacted in some capacity.

Dusk made me go back and buy many of my favorite classic FPS games. I have played through Dark Forces, Redneck Rampage, and Hexen in the past few weeks. If you grew up on PC gaming in the 90s like myself, or if you are just looking for an alternative to massive 100 hour AAA games. I highly encourage you to give Dusk a shot.